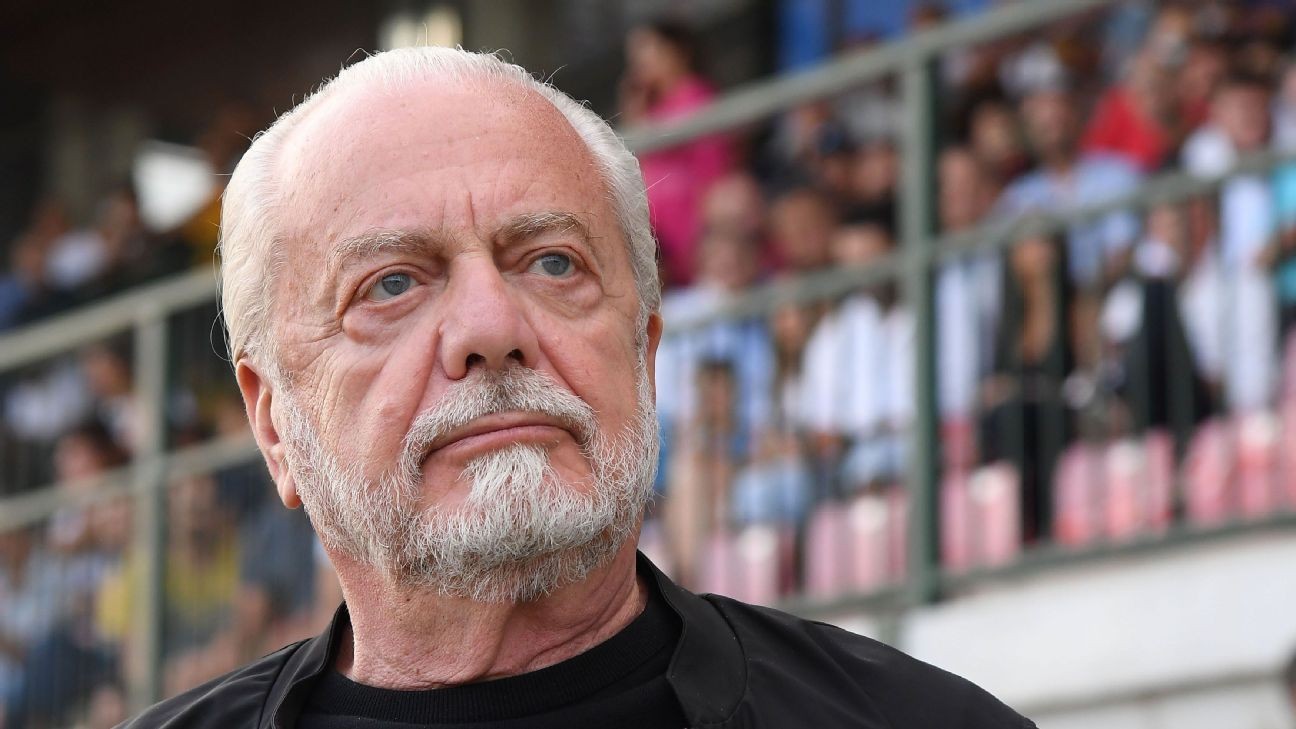 Aurelio De Laurentiis said he would not sign African players unless they agreed not to play in the Africa Cup of Nations. SSC NAPOLI/SSC NAPOLI via Getty Images

The Confederation of African Football (CAF) has called on UEFA to take disciplinary action against Napoli president Aurelio De Laurentiis over his controversial comments regarding African players.

De Laurentiis said last week he would not sign any more African players unless they agreed "to sign a waiver" to not take part in the Africa Cup of Nations (AFCON).

Napoli did not have Senegal defender Kalidou Koulibaly, now at Chelsea, and Cameroon midfielder Andre Zambo Anguissa available for several games earlier this year because they were playing at AFCON.

"CAF is appalled by the irresponsible and unacceptable remarks made by Napoli President, Mr Aurelio De Laurentiis on African players and the Africa Cup of Nations," CAF said in a statement.

"By publicly declaring that players who sign for Napoli must sign a waiver denouncing participation in the Africa Cup of Nations as a condition of employment, De Laurentiis' comments [are] likely to fall under Article 14 of the UEFA Disciplinary Regulation. CAF therefore urges UEFA to initiate disciplinary investigation against him."

CAF believe De Laurentiis' remarks are discriminatory and questioned whether the Napoli chief would take the same action with players from other continents.

"Are we to assume that the chairman of Napoli is going to include similar restrictive conditions to players from South America, Asia and other confederations prohibiting them from playing in their continental competitions which are important for the development and growth of football globally?," the statement continued.

CAF stressed the importance of AFCON and how it has grown as a tournament over the years.

"CAF is committed to the role that football plays in Africa, Europe, North and South America, Asia and globally of bringing together and uniting people of different cultures, language groups, races, ethnic groups and religious backgrounds," it said.

"The African Cup of Nations is the flagship competition of the African continent and one of the leading global football competitions. Its last edition in Cameroon was shown in more than 160 countries and attracted more than 600 million viewers."

The month-long AFCON is held every two years. The coronavirus pandemic forced the 2021 tournament to be played earlier this year, with Koulibaly's Senegal winning the title.

Originally scheduled for June 2023, the next edition of AFCON has been moved to early 2024 to avoid the rainy season in the Ivory Coast.