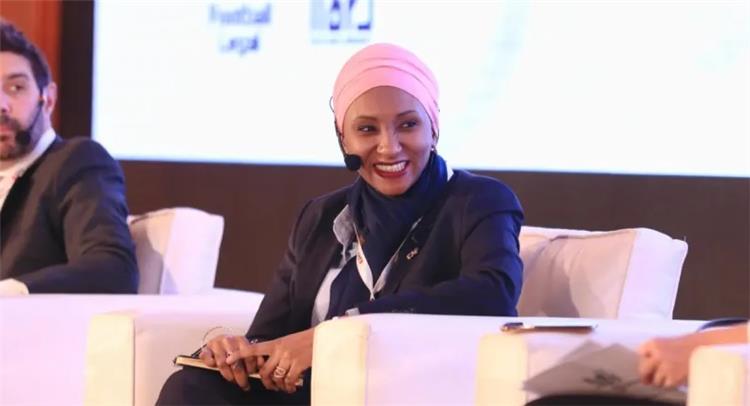 CAF legal director Achta Mahamat Saleh has revealed that claims that she is on the verge of resigning from the CAF is one of the many calculated attempts by detractors of President Ahmad Ahmad to attack him.

The Chad national implied that political opponents of the CAF boss, through their cohorts in the media, are formulating such reports to paint a gloomy picture of Africa's governing body.

This comes after Insideworldfootball reported this week that Saleh had informed Mouad Hadji, CAF’s General Secretary, of her intention to leave the continental football governing body.

But the France-trained football luminary says there are hidden motives for such reports insisting she has the right to do whatever she wants with her career.

"I have been able to read recently allegations of my resignation and this has been used to attack CAF President, Mr. Ahmad AHMAD," Achta Mahamat Saleh said in a statement.

"I would like to remind everyone that it is my right, If I feel so, to resign. Therefore I will not comment on this fact.

"More importantly, I would like to say to everyone and in particular to President Ahmad AHMAD, that I have the deepest respect and consideration for him.

"It has been and is always an honor for me to serve the African football."

Ahmad has faced attacks from a section of the media in recent times which many believe are part of the strategy of his political opponents to paint of bad image of CAF.