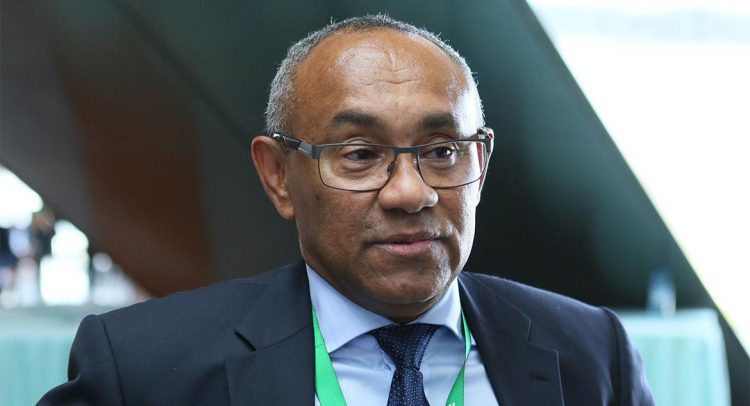 The President of the Confederation of African Football (CAF), the Madagascan Ahmad Ahmad, talks to the French newspaper Le Monde Afrique about the multiple consequences of the coronavirus pandemic.

As is with the rest of the world, African sport is at a standstill. In this context the president of (CAF), Ahmad Ahmad, at the head of this organization since 2017, decided to leave Ethiopia to return to Mahajanga, north-west of Madagascar, the city where is comes from.

From there, this discreet man, reputed to be hardworking, very political, continues to manage CAF by staying in close contact with secretariat in Cairo. The lock-down in most countries in Africa becasue of the coronavirus does not prevent him from increasing discussions with the presidents of federations to chart a common path for African football in the wake of the crisis.

Because, for African football, this is a challenging time. CAF acted swiftly and decisively to stop its competitions as measure to prevent the spread of this global pandemic even before some of the major confederations and leagues acted.  Like all competitions in the world, the pause has left a huge suspense hanging on its upcoming competitions.

So, as a concerned citizen, Ahmad Ahmad devotes part of his time to help the local Malagasy authorities to fight against the pandemic of Covid-19, which has taken hold in Madagascar. The man had previously held a ministerial position on the Big Island.

Indeed, the sport has stopped. In this very difficult period football must take second place in the face of the scale of this health crisis. However, in our sector, we had to make certain necessary decisions. First, the medical committee at CAF made its analysis and, more generally, we followed the instructions of the World Health Organization (WHO).

We decided to postpone the qualifying matches for AFCON 2021, scheduled for the end of March. Lots of federations  contacted us and, in any case, with the suspension of numerous airlines, African players confined in Europe, this decision was self-imposed. We will wait to decide when we will play days three and four of the AFCON 2021 qualifiers.

The fifth day was scheduled for June, it is still too early to decide if it will take place, but we still have dates in September, October and November, even if it means postponing the first day of qualification for the 2022 World Cup, scheduled precisely in November. We will discuss this with FIFA, which seems open to the various adjustments to the calendar. As I speak, the final phase of AFCON 2021 is still scheduled for next January and February.

What can you tell us today about the African Nations Championship (CHAN 2020), originally scheduled for Cameroon from April 4 to 25, and which has of course been postponed. Will it take place?

Our desire is to play all competitions including, of course, the African Nations Championship. It is obviously too early to decide whether we will play it in 2020 or 2021. The only thing that seems obvious is that CHAN will not be able to take place in Cameroon in June and July, due to weather conditions.

This is obviously part of the assumptions. The semi-finals are scheduled for early May. We will adapt according to the health situation. If the schedule needs to be changed, we will. Almost every day, I have discussions with the secretariat of CAF and with the federations. In any case, we will be able to adapt.

In Africa, Burundi has decided to maintain its championship, with the public. Does this appeal to you?

There are officially no cases of coronavirus in Burundi as we speak. This decision to play the championship normally belongs to the Burundian federation and the State. I stand by that. CAF has no power to intervene. In the other countries, the championships have been suspended or are being played behind closed doors.

Does the decision to postpone the Tokyo Olympics, in which African teams were to participate, seem logical to you?

Of course. I do not see how it could be otherwise. I am even surprised that this decision came so late [March 24] . I still remember some criticism directed at CAF, concerning the question of qualifying matches for AFCON or CHAN, that we had taken too long to announce their postponement. On the contrary, I believe that we acted quickly, taking into account all the information we had.

African football seems to mobilize every day a little more to fight against this epidemic ...

Many presidents of federations are involved. This is also the case for their administrative staff, particularly in the area of ​​prevention. I also learned that some players have given money, like the Senegalese Sadio Mané who offered 45,000 euros to hospitals in his country. Others also helped by sending powerful messages to advise people to stay at home. All these initiatives are remarkable, I am proud of this mobilization of African football.

The coronavirus arrived late in Madagascar. What is the situation of the epidemic today?

Thirty positive cases have already been identified and the authorities have taken action. A state of health emergency has been instituted, which notably includes the ban on social gatherings. In addition, containment measures are also in force that reduce travel between cities, crowds on the streets.

However, confinement is difficult for many Malagasy people who have neither food reserves nor money on hand. Many live from day to day, thanks to small jobs, as in many African countries elsewhere. I therefore help the authorities of my city to raise awareness on the precautions to be taken, especially on hygiene.

Are you worried about your country in particular and Africa in general?

We see what is happening in Europe, especially in Italy, Spain and France. The situation is serious there, whereas most European countries are much better equipped medically. Obviously, if the same thing happened in Africa as in Europe, the situation would be catastrophic, because the level of healthcare facilities are lower. But I try to be optimistic: Africans sometimes resist certain epidemics.