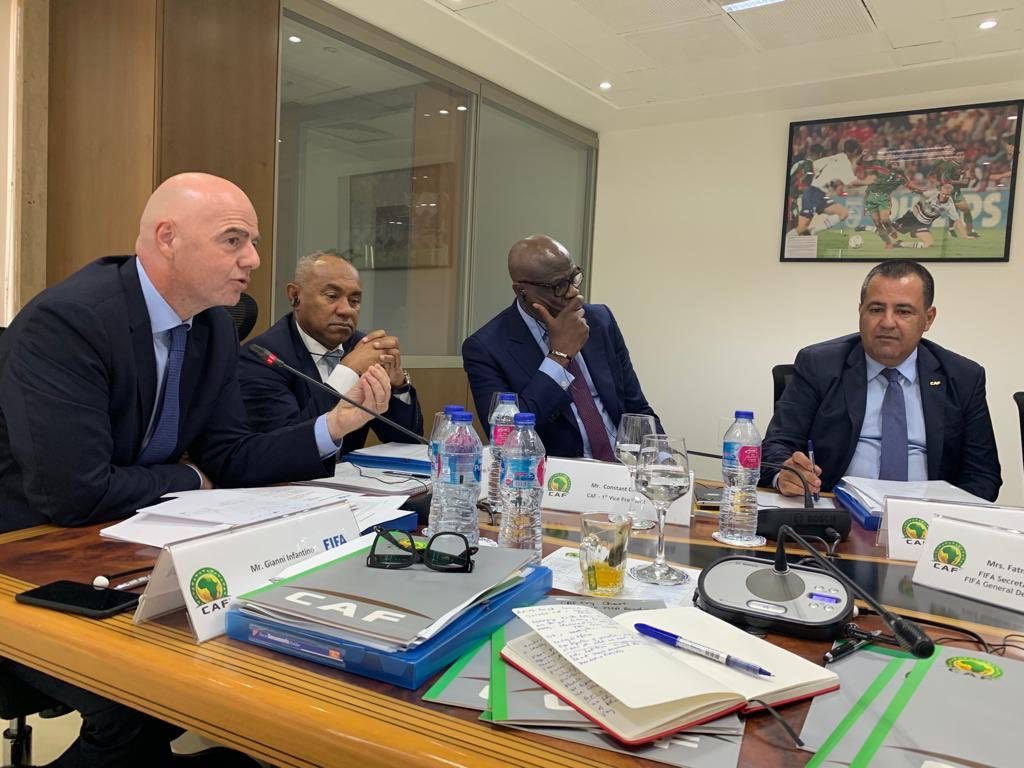 Ahmad, Infantino and the CAF leadership inaugurated the taskforce

CAF President Ahmad Ahmad has said the continent will be counting on the members of the CAF/FIFA Reform taskforce to help African football rise from its difficulties to improve the game.

CAF President Ahmad took the unprecedented move of seeking FIFA's support to independently assist the reforms process within the confederation in the wake of several allegations of impropriety against the body's leader.

This resulted in a joint CAF/FIFA Partnership which covers three main areas: financial management, good governance and effective internal procedures with the support of a group of specialists from FIFA selected for their expertise in key areas.

Ahmad says members of the group, who are all Africans with strong experience in football and industry, will help CAF attain its ambitions because of their knowledge and experience.

“There are obstacles that we faced that resulted in our request for assistance. That's why we also need you - the independent experts. Together we will move forward.” President Ahmad said.

Most of the member of the taskforce have worked in various capacities at FIFA and their experience is what CAF will be counting on to help improve its image.

FIFA itself has undergone reforms and looks to be on firmer grounds following the internal changes and Infantino thinks CAF will strongly benefit from the experiences of the world governing body.