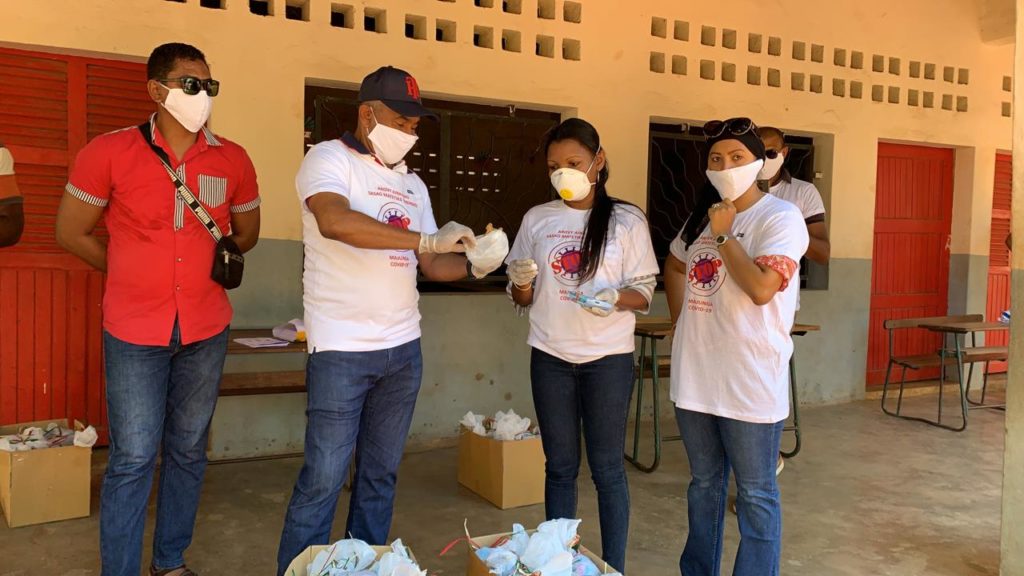 CAF President Ahmad Ahmad made a personal charitable donation worth thousands of dollars to 500 poor families in Madagascar on Friday in the wake of the lockdown over the coronavirus pandemic that has severely affected the needy.

The leader of Africa’s football governing body also donated face masks and gloves to city authorities in his hometown to be distributed to the public to help in their fight against the pandemic.

The CAF President made the donation in his home country as part of his efforts to help combat the disease that has so far taken nearly 100,000 lives worldwide.

With the country on lockdown and many living by hand-to-mouth existence, poor people in the city of Majunga are unable to feed their families which led to the timely intervention of Ahmad.

Following the big donation by the CAF President, each family received 50kg of rice, 5kg of sugar, 2 big boxes of pasta, 5 litre cooking oil that would go a long way to feed the families in the southern African country.

As part of his philanthropic work, President Ahmad donated thousands of masks and gloves to the Majunga city authorities to be distributed to the public as part of his efforts to support government in combating the spread of the deadly virus.

This is the latest effort of Ahmad in Madagascar following the outbreak of the disease after leading several coronavirus public awareness campaigns on radio and television on the island.

“Thirty positive cases have already been identified and the authorities have taken action. A state of health emergency has been instituted, which notably includes the ban on social gatherings. In addition, containment measures are also in force that reduce travel between cities, crowds on the streets,” Ahmad said.

“However, confinement is difficult for many Malagasy people who have neither food reserves nor money on hand.

“Many live from day to day, thanks to small jobs, as in many African countries elsewhere. I therefore help the authorities of my city to raise awareness on the precautions to be taken, especially on hygiene.

“We see what is happening in Europe, especially in Italy, Spain and France. The situation is serious there, whereas most European countries are much better equipped medically.

“Obviously, if the same thing happened in Africa as in Europe, the situation would be catastrophic, because the level of healthcare facilities are lower. But I try to be optimistic: Africans sometimes resist certain epidemics.”

CAF has suspended all football activities because of coronavirus.