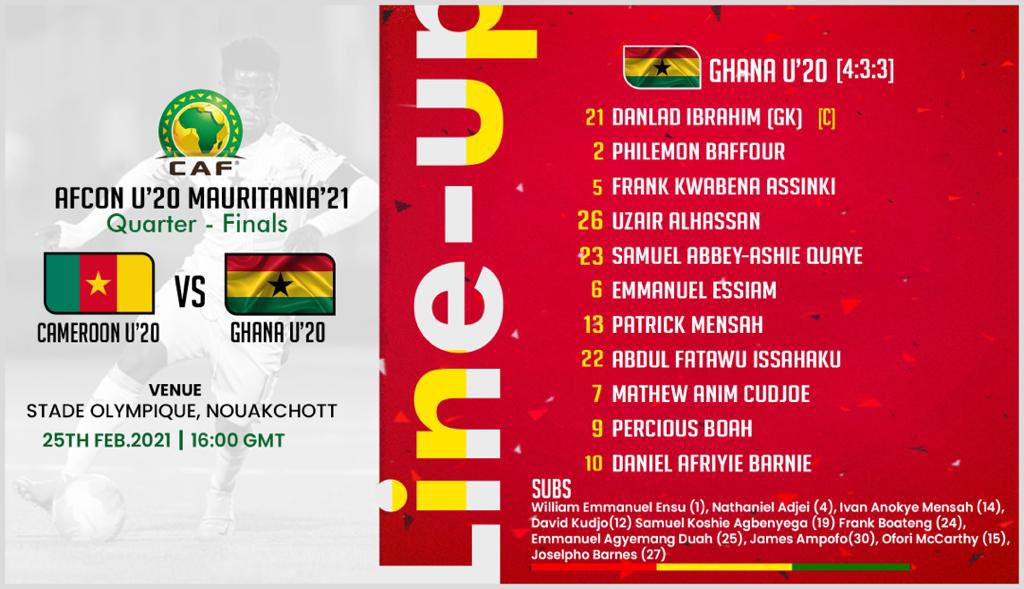 Ghana U-20 Coach Karim Zito has made two changes to his starting line up to face Cameroon in the first quarter-final game of the ongoing Africa U-20 Cup of Nations in Mauritania.

Hearts of Oak winger Daniel Afriyie returns to the starting line up to replace Josepho Barnes.

The duo have been second-half substitutes for the Black Satellites during the group games.

Ghana lost 2-1 against Gambia in the final group game to set up this clash with the Group A winners.

Cameroon hold a 100 per cent record in this tournament, winning all the group games to progress to the knockout stage.

The first quarter-final game comes off at the  Stade Olympique de Nouakchott.

Below is the starting line up for the Black Satellites