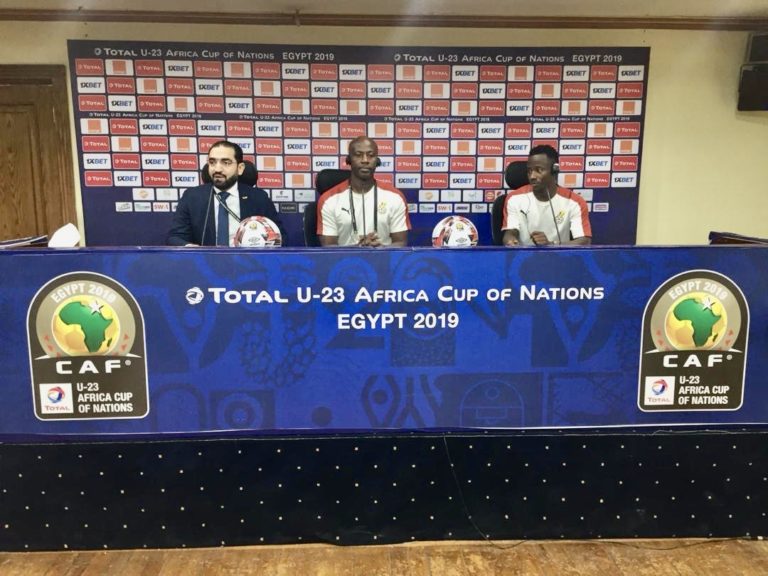 Ghana U-23 coach Ibrahim Tanko says the team has one more chance to reach the Olympic Games in Tokyo next year with a third place play off game clash against South Africa.

Ibrahim Tanko is confident the Black Meteors will grab the final ticket to Tokyo 2020 with victory against South Africa.

The Black Meteors failed to pick one of the two tickets available at the semifinal stage after suffering a penalty shoot out defeat to Ivory on Tuesday.

"I want to congratulate Cote d’Ivoire who qualified to the final and got their qualification to the Olympics. Tonight we missed on penalties, but both teams have given a beautiful image of African football and we still have a chance of Olympic qualification with the ranking match," he said after the game.

Youssouf Dao's double for Ivory Coast was canceled by Yaw Yeboah and Evans Mensah to force the game into extra time before the Ivorians won on penalties.

Ghana will have to beat South Africa on Friday to secure the final ticket to next years Olympic games.

Ghana has not qualified for the Olympics since Athens 2004.