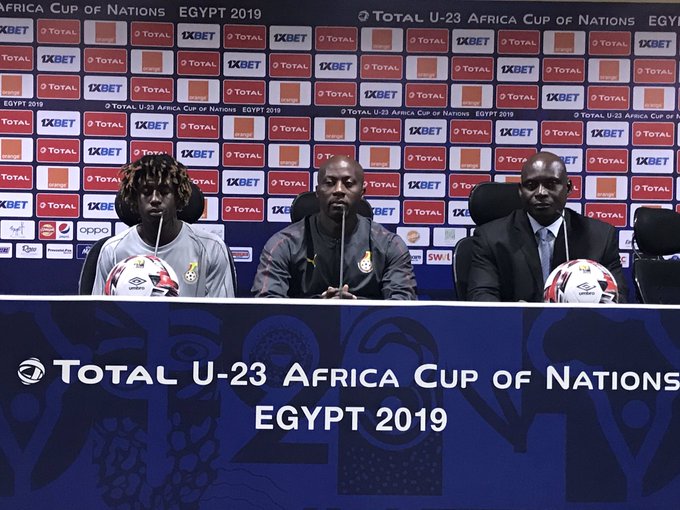 Ghana U-23 coach Ibrahim Tanko is hopeful the Black Meteors could still qualify to the semifinals of the CAF-U23 Cup of Nations in Egypt.

The Black Meteors twice led in the game against Egypt to lose 3-2 to the hosts, limiting their chances of progress to the next stage.

However, Tanko is sure of victory against Mali but his side will have to depend on the outcome of the game between Cameroon and Egypt to ensure their progress.

“We still have a chance to qualify in our last group match on Thursday. Mali has zero point we know Mali won’t give us an easy match,” he said in a pre-match conference.

“We  are expecting a very tough game but I am optimistic that my players are ready to get the victory”.

The former Ghana striker admitted mistakes cost his side defeat to Egypt but the team has learnt from the defeat and are eager for victory against Mali.

“We played well in the first half on Monday but we made a mistake to allow Egypt to come into the game. We had a few tired legs but the substitutes didn’t help us as we expected.”

“I went round to each player to speak to them after the game to psyche them after the defeat. As a team, we will give our best tomorrow and see what happens in the other game”.

“We only have to concentrate on our game. If we win Cameroon will have to lose for us to qualify. We know it’s not going to be easy but we are hopeful”, the Ghana U23 coach reiterated.

The Black Meteors will face Mali at the Al Salam stadium tonight.