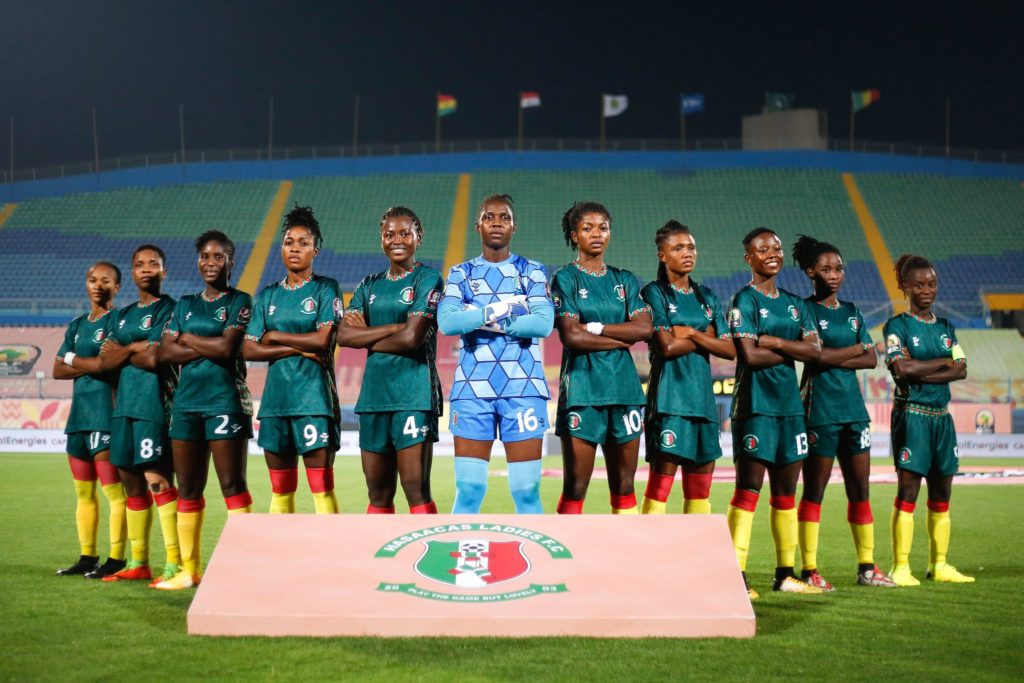 Ghana’s champions, Hasaacas Ladies FC is on the brink of making history as they face South African’s Mamelodi Sundowns in a crunch final of the 2021 TotalEnergiesConfederation of African Football (CAF) Women’s Champions League later today.

The epic final will be staged at the 30 June Stadium in Cairo, Egypt

The Ghanaian club booked a slot in the final showdown on Monday after beating Moroccan side, ASFAR in a thrilling 2-1 win whilst the South African opponent, Sundowns, eliminated Malabo Kings 5-4 on penalties after it ended goalless in regulation time to pick a meeting with the Hasmal Ladies.

The WAFU Zone B champions were the first team to qualify to the finals and can boast of topping Group A with seven points, having won two and drawing one. The Sekondi-based club defeated Malabo Kings of Equatorial Guinea, AS Mande of Mali, and Wadi Degla of Egypt at the group stage to advance to the last four.

Coming up against an equally strong side, Hasaacas Ladies coach, Yussif Basigi, who has vowed to clinch the title would have to devise a strategy to beat the South African’s who also qualified with seven points at the group stage having scored two goals and conceding none.

So far, Basigi’s charges have scored 10 goals and conceded four and have the tournament’s highest goal scorer, Evelyn Badu in their setup with five goals after four matches.

With the Ghanaian’s solid defence built around Janet Egyir who was picked as the Woman of the Match when they played ASFAR in the last match, Blessing Agbomadzi, Perpetual Agyekum, the South African’s would have a herculean task to break into the opponent’s 18-yard box to torment goalkeeper Grace Banwaa.

Sundowns Ladies, known as the “Brazilians” would yearn to chase for a win to lift the title to appease their fans after Ghana denied the South Africans a place in the 2022 Africa Cup of Nations and a final round qualification slot in the Qatar World Cup next year.

The excitement about this final is also a result of what happened in the 2022 World Cup qualifier match between the Black Stars of Ghana and the Bafana Bafana of South Africa last Sunday, after which the South Africans felt they were cheated by the Senegalese referee. So to them, this match is more or less like a payback match.