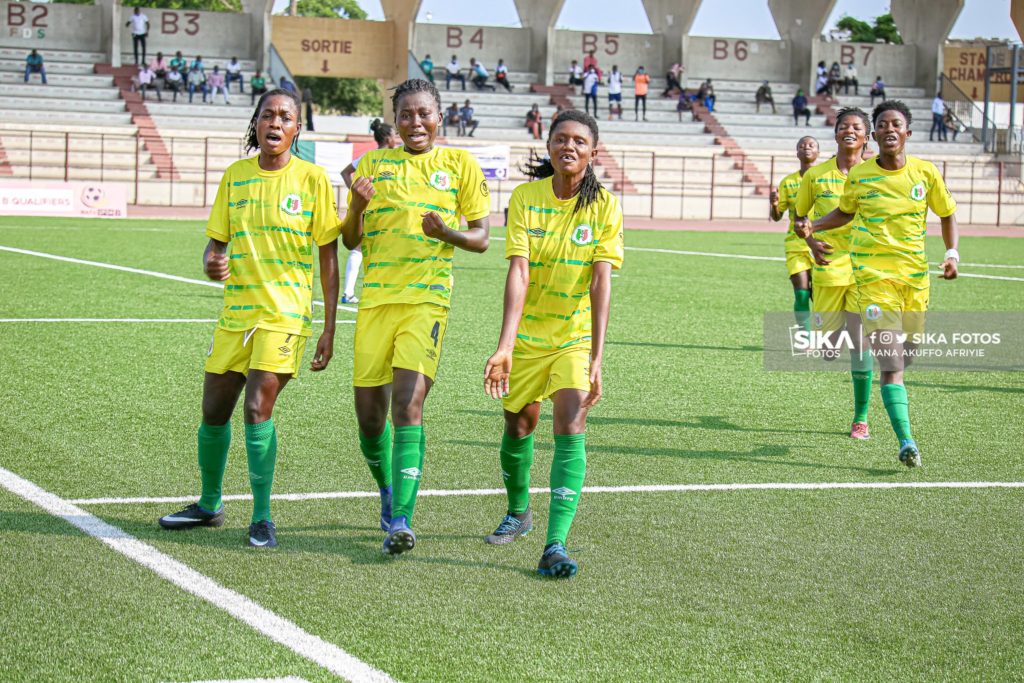 The Ghanaian champions have managed to cover from their opening match defeat to reach the final of the WAFU Zone B tournament in Abidjan.

Yusif Bassigi's side shot into the lead on the nick of half time when Veronica Appiah jumped to head in a cross from the left on 44 minutes.

Before that though, Hasaacas had struck the bar twice.

The first was in the 25th when Evelyn Badu free-kick from 30 yards smashed the crossbar  but the connection on the rebound was cleared out.

Another free-kick from the left side from Perpetual Agyekum also struck the side post on rolled on the goal line before being cleared out.

Before the half hour, Doris Boaduwaa shot from inside the box after receiving a wall-pass from Appiah for the second goal.