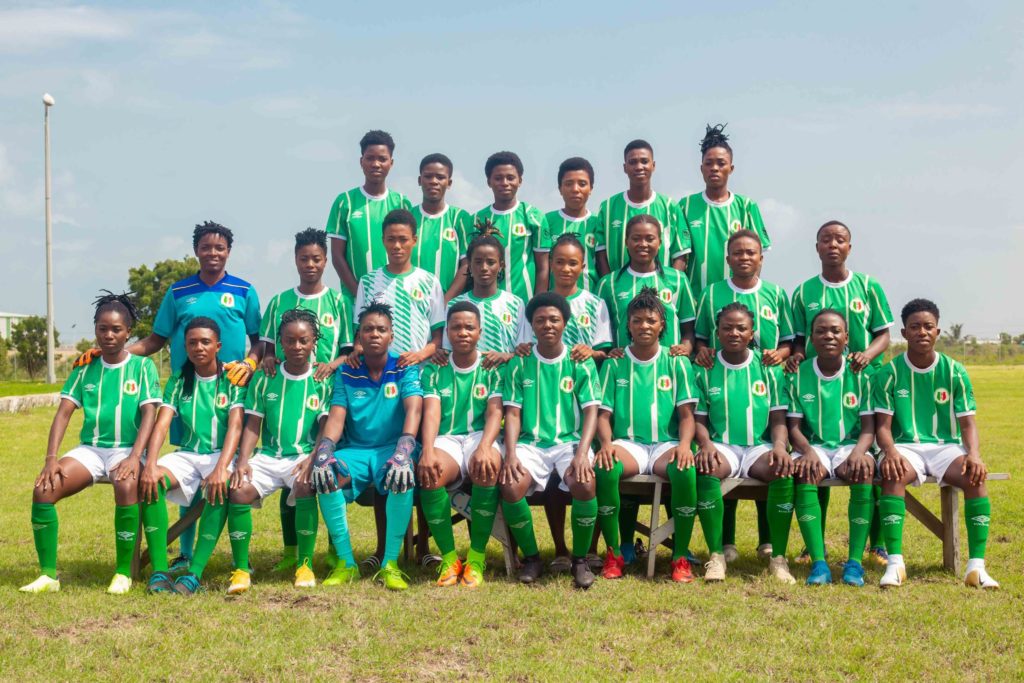 Hasaacas Ladies made a false start at the WAFU Zone B tournament after losing 2-0 to Nigerian champions River Angels on Saturday, 24 July 2021 in Abidjan.

The Sekondi-based should have got ahead two-zero before the tenth minute mark but profligacy of striker Doris Boaduwaa cost them.

Under two minutes, she was put through Rahma Jafar but Boaduwaa shocking directed her contact wide.

After 13 minutes, Millot Pokua's pass took a deflection and the ball dropped in front of Boaduwaa and this time she side netted.

Angels found the back of the net in the 17th minute when Deborah Abiodun connected home from close range after goalkeeper Grace Banwah hesitated in coming out for a pullout from the right flank.

Mary-Ann Ezenagu doubled their lead on 54 minutes when she stole the ball from captain Janet Egyir and shimmied the Banwah before striking it into the net.

The Ghanaian champions must now win their next match against AS Police of Niger to remain in contention for reaching the finals of the maiden CAF Women’s Champions League tournament in Egypt later this year.