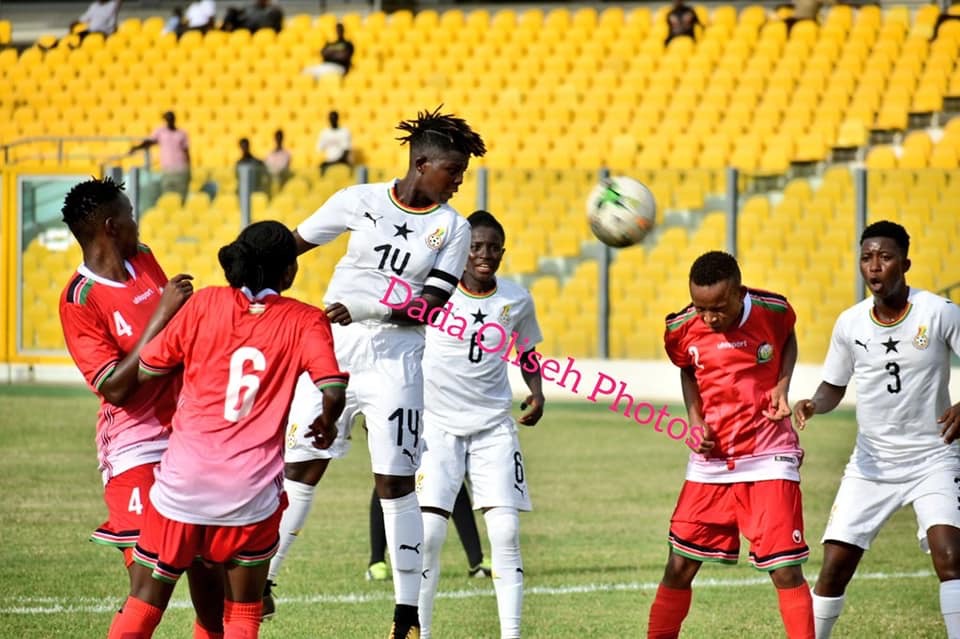 The first leg ended in a goalless draw as both sides failed to find the back of the net.

Ghana created a lot of chances in the game but the inexperienced Millot Pokua failed to make it count as she squandered all the opportunities.

The Kenyans were also tactical compact at the back as they prevented the Queens from scoring.

Speaking to the media after the game, Black Queens Coach Mercy Tagoe-Quarcoo said, she is still expecting some foreign based players to join her team before they make the trip to Nairobi for the second leg match on Tuesday 8 October, 2019

”If they have been able to pick a draw over here, we can also go there and win the game. I am confident we will beat them and qualify to the next round”

The team is expected to depart to Kenya on Sunday