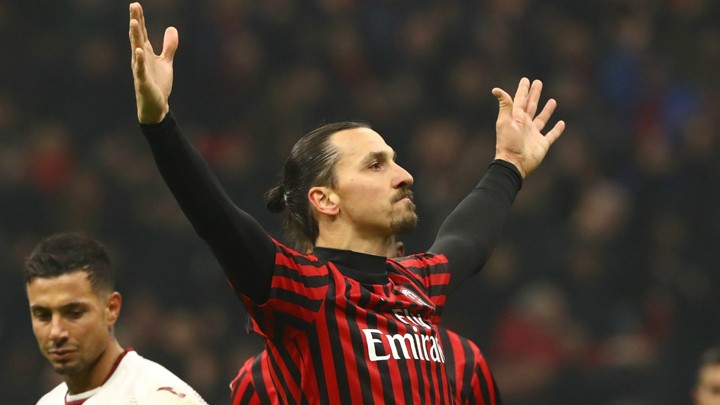 Zlatan Ibrahimovic is the ideal character to lead AC Milan into a new era of success, according to former Rossoneri hero Cafu.

Brazilian Cafu says Ibrahimovic's age should not be a problem either, with the 38-year-old already making a big impact in his second spell at San Siro.

The mid-season arrival of Swedish striker Ibrahimovic has given Milan fresh impetus and results have picked up significantly.

Last weekend's 4-2 defeat to Inter was their first in nine matches in all competitions and Milan responded to that setback with a 1-1 draw with Juventus in the first leg of the Coppa Italia semi-final.

It promises to be a gradual process to bring the seven-time European champions into contention to add to their former glories, but Cafu sees Ibrahimovic's role as possibly vital to making that happen.

Speaking ahead of the Laureus World Sports Awards, Cafu told Omnisport: "The impact is very great with the return of Ibra to Milan.

"We hope he can help Milan win big titles like we did in our day.

Ibrahimovic won a Serie A title with Milan in 2010-11 and has also won league titles in Spain, France and Netherlands. He lifted the EFL Cup and Europa League at Manchester United.

A couple of seasons with LA Galaxy in Major League Soccer do not appear to have affected his enthusiasm for a fresh European club adventure, and Cafu has no doubt the charismatic veteran has plenty to offer.

Two-time World Cup winner Cafu, who won Serie A and Champions League honours while playing for Milan in his mid-thirties, said: "Age does not matter.

"What matters is that he still wants to play, wants to grow and keep Milan great."