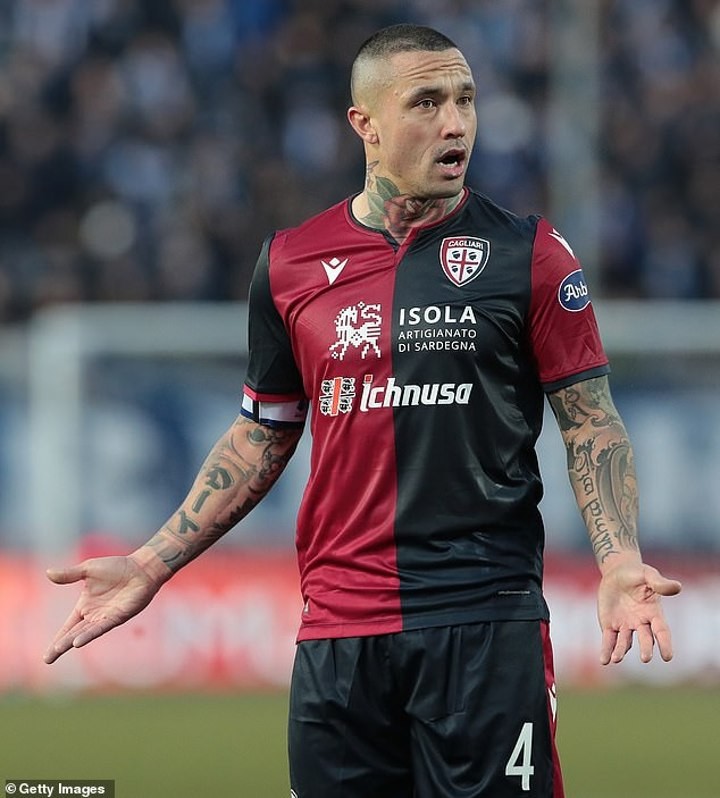 Radja Nainggolan could find himself back at Inter Milan next season after Cagliari director Marcello Carli admitted 'it's not up to us'.

The Belgian midfielder moved to Cagliari in a season-long loan move last summer just a year after moving to the San Siro from Roma.

Though he was initially frozen out by new manager Antonio Conte last summer, the 32-year-old could be in line for a shock recall in the months to come.

'Bringing in Nainggolan was outside of the usual plans, because we considered him a show-stopping player who could help raise the overall level of the squad,' director of sport Carli told Sky Sport Italia.

'We were convinced that with him, we could recover the money spent by the improvement his presence would bring in the other players.

'There's no point talking about whether or not Radja will be with Cagliari next season, because he still has two years on his contract with Inter and it's not up to us.'

Nainggolan has scored five times in 24 appearances back at Cagliari this season, where he enjoyed five seasons before moving to Roma in 2013.