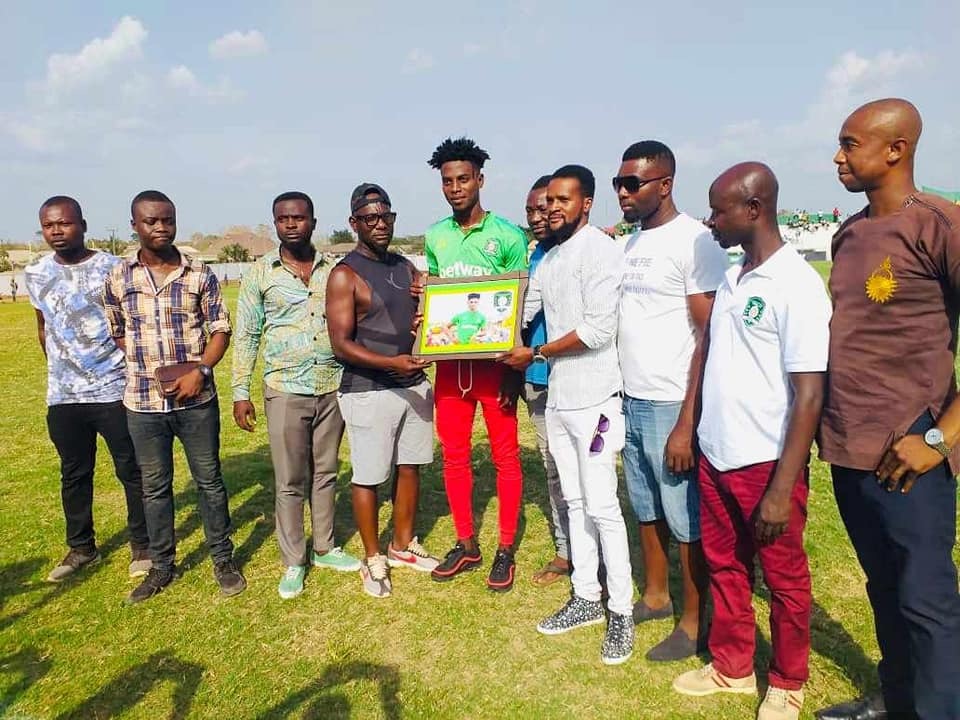 Versatile defender Caleb Amankwah has been named Aduana Stars supporters player for the month of February.

The center back has been in tremendous form for the ‘Ogya Boys’ last month helping the club to two wins, a draw and a defeat.

Amankwah was twice adjudged man of the match in the Premier League in the month of February.

He won the accolades in the games against Hearts of Oak and Medeama SC, after his splendid performance earned them four points in those two big games.

The former WAFA defender has also been nominated for the Player for the Month of February together with top scorer Victorien Adebayor, Benjamin Boateng, Ibrahim Salifu and Sulley Ibrahim.