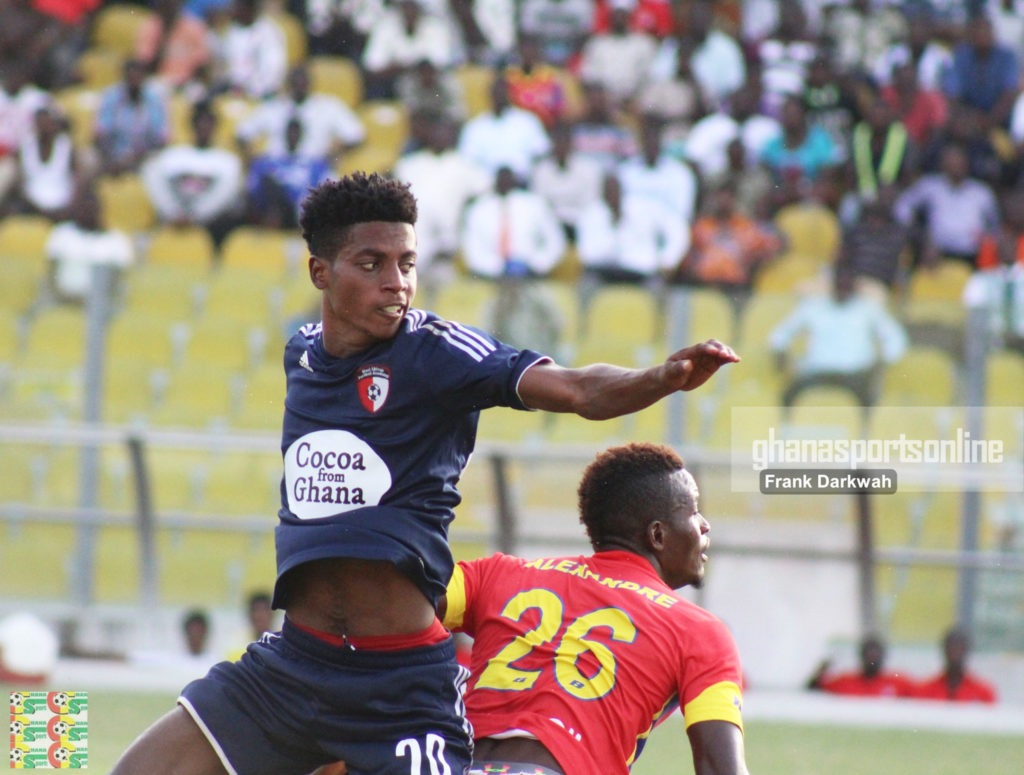 Former WAFA defender Caleb Amankwah has disclosed the reason behind their whitewashing of Hearts of Oak in 2017.

The Academy boys whipped the Phobians 5-0 in Sogakope, in what will remain in the annals of Ghanaian football history as the best giant killing feat.

According to Amankwah, who now plays for Aduana Stars, they were gingered by utterances of then Hearts midfielder Malik Akowuah before the game.

"We (WAFA) were gingered by the Malik Akowuah's utterances to beat Hearts of Oak 5-0 in Sogakope," he told Sikka Sports.

Before the game, the Rainbow club were riding on high horses following a run of good form, but they were brought to earth by the young boys in Sogakope.

Majeed Ashimeru and Abdul Wahab Ibrahim gave WAFA a two goal lead before the break, but a second half collapse from the Phobians saw the home-side add three more goals at the Red Bull Arena.

Daniel Lomotey netted a second half brace to add to Ibrahim Abubakar's goal.

The defeat remains one of the worst suffered by the Phobians in the Ghana Premier League.