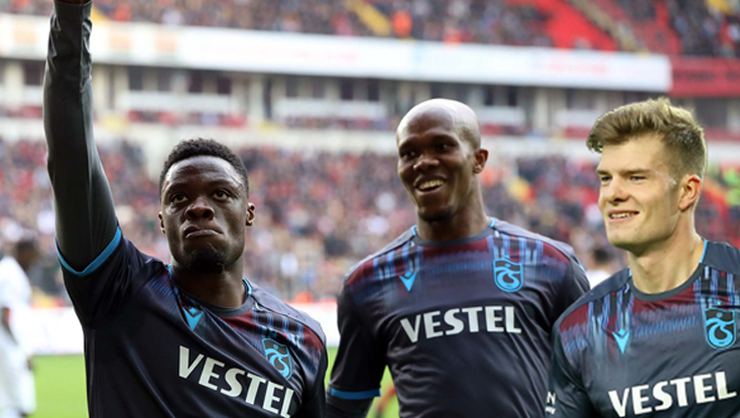 The 25-year old is having a good campaign with the Turkish Super Lig side after netting eight times this season, despite playing as an auxiliary striker.

In two seasons, Ekuban has contributed 25 goals for the club. He has scored 16 and created 9.

The duo were joined by Crystal Palace forward Alexander Sorloth, Trabzonspor's leading scorer this season, having found the back of the net 25 times and made 6 assists.

Trabzonspor are currently top of the Super Lig table due to the contributions of the three players upfront.

Despite their attacking prowess the trio cost the club less than 7 million Euros.

Ekuban's versatility and top performances has seen him attract interest from Scottish giants Celtic and Rangers with serie A contenders Lazio also linked with the attacker.