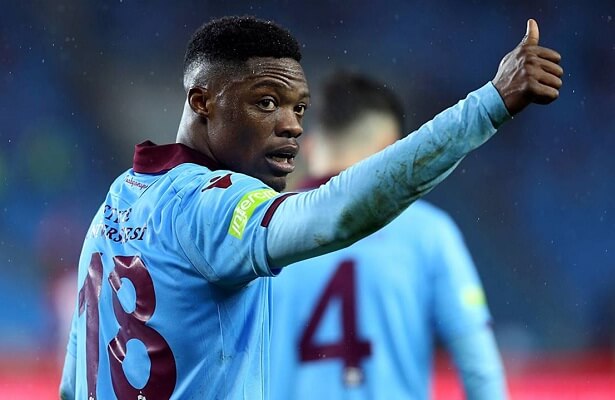 Ghana forward Caleb Ekuban has suffered an injury set back and could miss between four to six weeks of action.

The 25-year old picked up the injury in training after breaking a bone in his left foot following a challenge by Fernandes.

The in-form forward, who has scored five in seven games already this season will miss the games against Gençlerbirliği, Getafe in the Europa League, Sivasspor and Besiktas.

Ekuban has been a key player for Tranzonspor since joining from English Championship side Leeds United.

He joins Abdulkader Omur and Yusuf Sari in the treatment room.

In his absence coach Unal Karaman will be forced to depend former Liverpool forward Daniel Sturridge and on loan Crystal Palace forward Adam Sorloth.