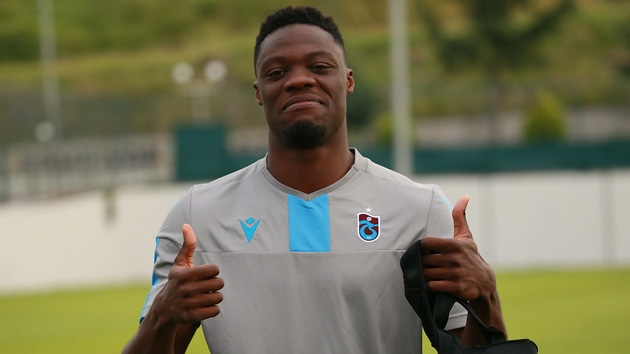 Ghana striker Caleb Ekuban is finally becoming the poster boy of Turkish Supalig side Trabzonspor following his remarkable start to the campaign.

Ekuban had an inconsistent season with the Black Sea Storm last term after joining on a season-long loan from English Championship outfit Leeds United.

Despite scoring just 8 goals in 36 matches in all competitions, his bulldozing efforts on the pitch prompted the Trabzon-based side to sign him permanently this summer.

The 25-year-old has thus far repaid the faith shown in him by coach Ünal Karaman after his red-hot start to the season.

In the absence of top strikers Hugo Rodallega and Burak Yilmaz who left the team last season, Ekuban has netted 4 goals in 4 games in the UEFA Europa League, and registered 1 strike in 3 league matches to top the team's goalscoring chart.