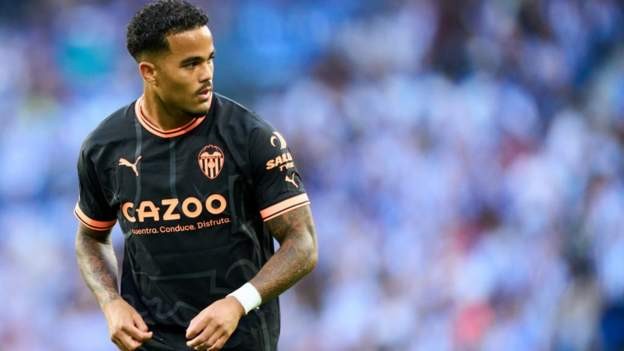 Since 1 January 2021, all players moving to England from overseas must be at least 18-years-old, and qualify for entry through a points-based system.

This has stopped some transfers going through, including Justin Kluivert's proposed move to Fulham in the summer.external-link

There are also restrictions around how many Under-21 players clubs can sign.

Points are awarded for senior and youth international appearances, club appearances and the pedigree of the selling club.

The matter was discussed at a recent Premier League meeting and Bath, who has just been promoted to Chelsea's director of football operations and development to broaden his scope after spending 18 successful years in charge of the Blues' academy, does not feel the current arrangements are working.

"For sure, I would be in support of challenging the criteria to enable us to get greater access to the talent from abroad," he said.

Manchester United head of academy Nick Cox had previously warned English clubs would be disadvantaged by the new rules.

Bath oversaw the arrivals of Denmark defender Andreas Christensen and Netherlands' Nathan Ake to Chelsea as 15-year-olds - who would have been prevented from moving to the club at that age under the new rules.

Both have gone on to have successful careers but Bath feels the pair's individual development helped lift standards across the club.

Too many technical players?

It is 10 years since the Premier League implemented its Elite Player Performance Plan (EPPP), with the intention of raising standards of youth development within the English game.

Since then, almost £2bn has been spent on youth football by Premier League clubs. This summer, England won the European Under-19 Championships, making it four major age group titles in the last five years.

The whole concept of EPPP came about because it was felt English players were technically inferior to their European counterparts.

There is an irony therefore in the recent observation of England coach Gareth Southgate that not enough defensive midfielders in the mould of Kalvin Phillips are being developed. And virtually every club is finding it difficult to recruit goal-scoring strikers.

Bath feels Southgate's observation is inaccurate. He points to the differences between Tammy Abraham, Reece James, Mason Mount and Trevoh Chalobah, who have all come through the Chelsea system at roughly the same time.

"We don't have an academy where we all play the same system," said Bath. "We want versatile players, who can handle the ball under pressure and cope physically as well.

"It is very individual. Our belief is if we play one way, we won't develop players for the future game as it evolves."