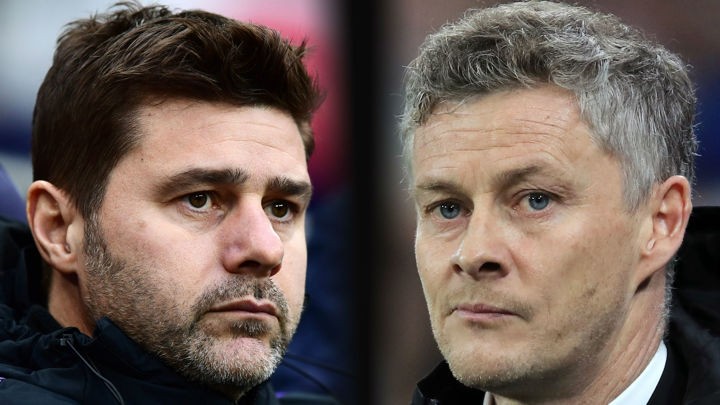 Renewed calls for Manchester United to look into replacing Ole Gunnar Solskjaer with Mauricio Pochettino are “wrong” says Paul Parker, who thinks the Red Devils are “moving forward” again under their current coach.

The man calling the shots at Old Trafford has faced questions of his suitability to a demanding post ever since success in an initial interim post led to him being handed a three-year contract.

Solskjaer struggled to build on that early promise, leading many to suggest that United were wrong to let heart rule their head when it came to the appointment of a former favourite from his playing days.

An opportunity to make another change has presented itself, with Pochettino – who has long been linked with the role in the hot-seat at Old Trafford – having been relieved of his duties at Tottenham in November 2019.

The Argentine remains out of work at present, but that may not be the case for long – amid much talk of admiring glances being shot in his direction from the likes of Newcastle – and there have been further suggestions that United should make a move.

Parker hopes there is no substance to that speculation, with the former Red Devils defender telling talkSPORT: “Given that nothing has really been happening in football, people have got to find a story they can build into something.

“You talk about Pochettino, he’s been mentioned of late. I’ve seen that he’s been speaking on TV, he’s about and people are trying to push him towards jobs.

“You throw him in at Manchester United and it’s an easy one to do, to say that something could happen, but things at United have shown, with how they finished before this situation started, it would have suggested they would have been there until the last kick of the ball to get into the Champions League.

“They had turned around, Ole Gunnar Solskjaer had turned them around as a team, as a club, the whole place was definitely moving forward.

“When you look at the players he’s spent money on, not one of them have let Solskjaer or Manchester United down, they have all stepped forward. Bruno Fernandes in particular has made an impact straight away and everyone is growing into it now and has got the right mentality.

“So United at this moment are going forward, we’ll wait and see what happens when things start again, but if you’re judging now it’s wrong that people are still trying to get that man [Solskjaer] out of that job.”

Prior to football shutting down during the coronavirus pandemic, Solskjaer had guided United back into top-four contention and through to the quarter-finals of the Europa League and FA Cup.