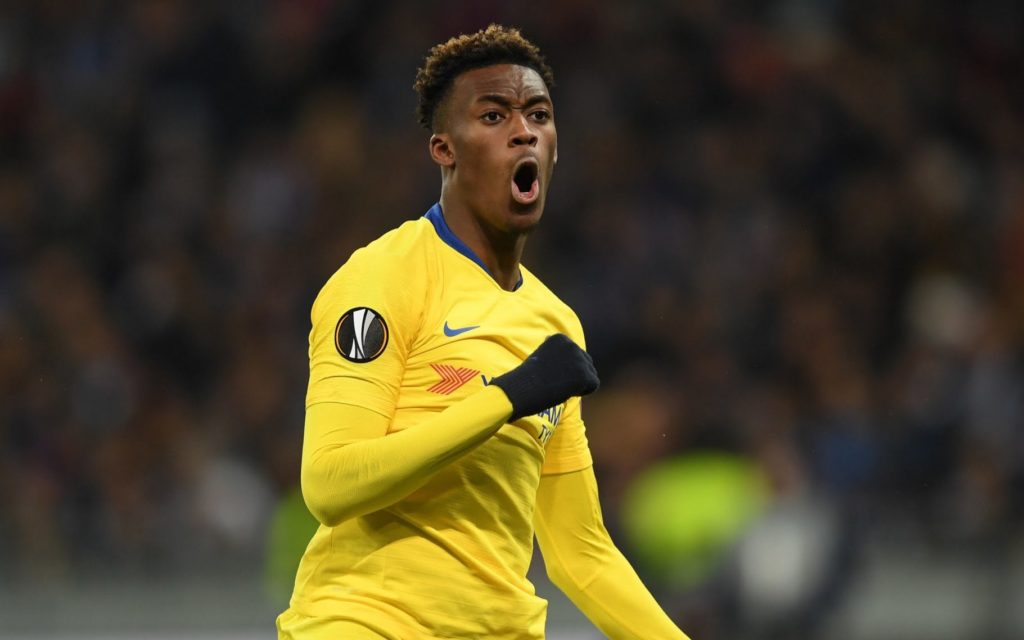 Callum Hudson-Odoi scored his fourth goal of the UEFA Europa League as Chelsea smashed Dynamo Kiev 5-0 to advance to the quarterfinals of the competition.

Maurizio Sarri’s players had the cigars out in a thoroughly lop-sided affair, which included a perfect hat-trick from Olivier Giroud, as those pre-match fears over a potential minefield at the Olympic Stadium proved unfounded.

Chelsea won the match 8-0 on aggregate.