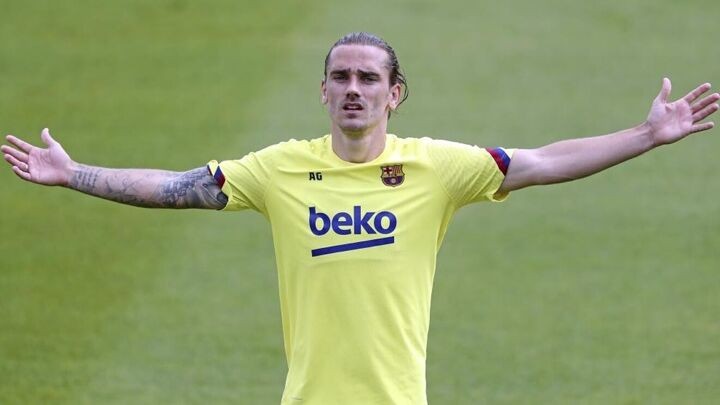 Joan Laporta has cut a very diplomatic figure in his detailing of the Antoine Griezmann situation, with Barcelona extremely calm over the likelihood of the French forward leaving the club this summer.

Griezmann has been linked with a return to Atletico Madrid as part of a swap deal involving Saul Niguez, but there are concerns as to how such a deal can be done financially.

"If the market moves, we're open to all the proposals that are presented because we're in a delicate moment in which we have to balance the financial fair play," Laporta explained at Memphis Depay's unveiling.

Barcelona don't want to loan Griezmann out, as their intention is to sell him this summer, but the player himself isn't in any particular rush to resolve the situation either.

The former Real Sociedad star is happy at Barcelona and had a much better second season at the Camp Nou last term, scoring 19 goals and adding 13 assists in 51 matches.

However, with the Cules having secured the signings of Sergio Aguero and Memphis, there is more of a fiscal value to Griezmann than a sporting one.

Griezmann knew Barcelona's financial issues would likely impact him this summer and he was excited by the possibility of re-joining Los Colchoneros, but for the moment there are no other offers for him. Instead, there is calm.