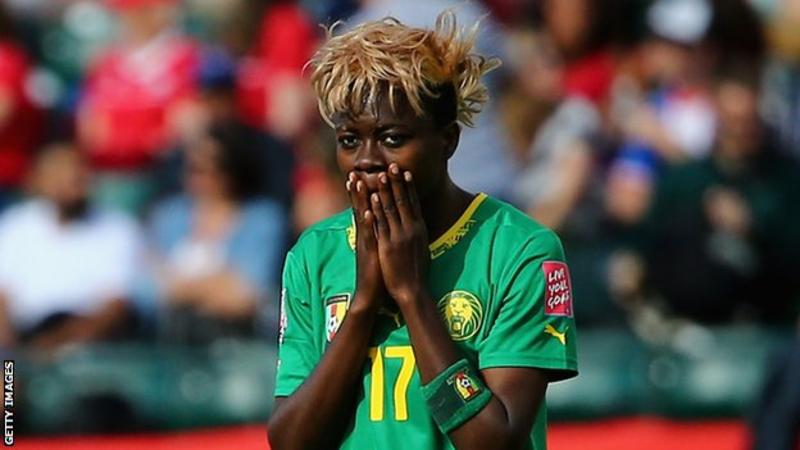 Cameroon forward Gaelle Enganamouit had her home ransacked and vandalised following her penalty miss against Nigeria in the semi-finals of the Women's AFCON.

The Indomitable Lioness missed out a final place and World Cup spot after they lost 4-2 on penalties on Tuesday at the Accra sports stadium.

Cameroon will take on Mali in a 3rd place play-off on Friday at the Cape Coast stadium where the winner book a place for next year's World Cup.

According to head coach Joseph Ndoko, Enganamouit's relatives claim fans threw stones and other objects at the family house.

The trainer condemned the act and indicated it might have an effect on the team's preparations ahead of the Mali fixture.

"It is a very unpatriotic and outrageous act that some persons will attack Gaelle's home because of the penalty miss," said Ndoko.

"It is football and things like this happen. It could've gone either way but I hope people still remember all the good times and realise that these players are fighting for the honour of an entire country.

"What they need is support and encouragement, not such shameful behaviour."

Enganamouit has featured in all four of games for Cameroon at the 2018 Nations Cup.

She was on target when they beat Algeria 3-0 in the second group game.