Nine years after he first arrived at Chelsea, Michael Essien left Stamford Bridge on a free transfer to AC Milan.

Now 31, the Bison offers considerable experience, but he is a greatly changed player from the one that arrived in West London in 2005.

Back then, Essien was one of the most dynamic and, arguably, most complete midfielders in the game. Since those awesome early years, however, a litany of injuriesâ€”not to mention two devastating anterior cruciate ligament injuriesâ€”have changed both the perception and the reality of the Ghanaian.

Over the last eight months, for example, he has largely struggled to make an impact in Lombardy and itâ€™s tempting to write him off.

He made only seven league appearances last term, as theÂ Rossoneristumbled to eighth place inÂ SerieÂ A.

Will this campaign be any different? 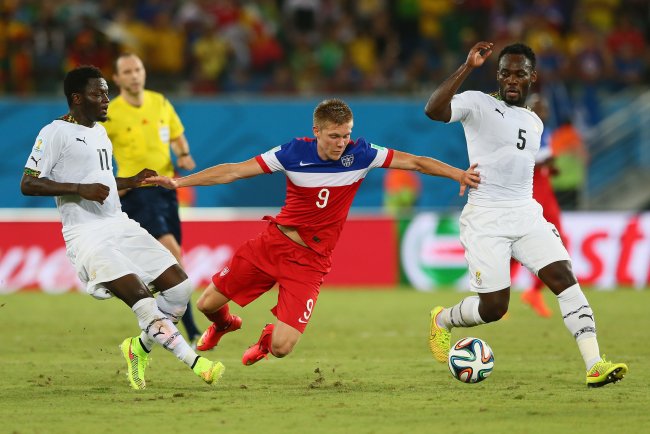 Milan manager PippoÂ InzaghiÂ certainly believes so, andÂ as reported byGhanasoccernet, the former striker is backing his man to have a big campaign. The new boss identified Essien andÂ KeisukeÂ Honda as two players he is keen to see reinvigorated this term.

â€œIt was not his [Hondaâ€™s] best performance last season.Â  But I never doubted his qualities. And I insist that this year will be a different story,â€ he began.

â€œThe same holds true for Essien. I expect a lot from both, because I have the impression that in the last season injuries took a part of it.â€

But shouldÂ InzaghiÂ be so confident?

JoseÂ MourinhoÂ certainly thinks so. Upon the Ghanaianâ€™s departure from Stamford Bridge, the Portuguese manager had this to say about his departing star [viaÂ Uefa.com]: "We would have been happy had he stayed because he is fantastic player for the team, but a great chance arrived for his future.

â€œI know he can continue to play at a high level and I wish him success and happiness in Italy.â€ 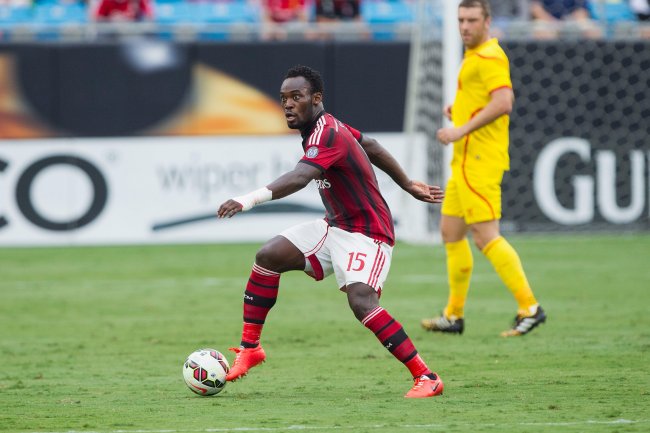 Certainly, Essien wonâ€™t be the barn-storming, all-action force he was when he first arrived in England, when he would dominate the midfield, crash into tackles and drive the Pensioners forward, however, he can still offer something to Milan.

One example of how he may be effective was Ghanaâ€™s 6-1 demolition of Egypt in their World Cup qualification play-off last summer.

In the first leg of the contest, inÂ Kumasi, then-Black Stars bossÂ KwesiAppiahÂ invited Essien to return to the side.

A tight affair was anticipated, with Ghana enjoying home advantage, but Egypt having convinced during qualification up to that point.

Instead, the match was anything but the cagey affair that many had anticipated. Essien, enjoying a central midfield role alongside his long-time henchmanÂ SulleyÂ Muntari, rolled back the years and delivered a terrific performance.

Surprisingly, perhaps, many of the veteranâ€™s old qualities were there. He operated in a box-to-box role, but was clearly more measured than he had been earlier in this career.

He judged, astutely, when to carry the ball, when to dispense it quickly and when to pass toÂ MuntariÂ for the Champions League winner to hit it long. His delivery was precise and considered, but his ability to provide forward motionÂ when requiredÂ was particularly noteworthy.

In fact, it was from one such foray into Egyptian territory that Essien, pressuringÂ WaelÂ Gomaa, managed to panic the towering centre-back to put the ball into his own net on 22 minutes. It was a decisive goal, putting Ghana 2-0 up, and giving them genuine confidence that it would be they, and not their North African rivals, who would be heading to Brazil.

As he demonstrated against Egypt, Essien still has his mobility. If Milan are expecting the dynamic figure ofÂ pre-2007, they will be disappointed. However, they have acquired an intelligent midfield operator who can change the pace of play, keep things moving and, if necessary, surge forward to great effect.

Essien will not be able to dominate matches as he used to, but there is no reason why he cannot be expected to function as a more reserved midfield general, putting his technical, mental and residual physical qualities to good use.

The quality ofÂ SerieÂ A sides will be higher than that of that brittle Egyptian side inKumasi, but the slower pace of Italian football compared to the Premier League should help the West African assert himself at the SanÂ Siro.

Another indirect consequence of his arrival might be found in the training ground. The likes of RiccardoÂ Saponara, Mâ€™BayeÂ NiangÂ and Marco vanGinkelÂ (another recruit from Chelsea) are all talented players, but remain far from finished articles. Ghana midfielder MohammedÂ Rabiuis just one footballer to have spoken of the Bisonâ€™s influence behind the scenes.

Speaking to Ghanaian newspaperÂ 90minutesÂ [via Africa Football Shop],Â RabiuÂ had the following to say about Essienâ€™s role in his development, â€œTo play and see Essien on the bench was something else because he had seen it in all at club and national team football,â€ he began.

â€œBut to my surprise, he coached me during training sessions and games and pointed out some few things that IÂ wasnâ€™t doing right in games and at training.

â€œI did well in Brazil because I had such great guys like Essien who was always there to advise me on what to do.â€

InzaghiÂ surely sees Essienâ€”a Champions League winner and a two-time Premier League championâ€”as a good influence on his younger players. Milanâ€™s current side lacks the star power of generations past and certainlyÂ doesnâ€™t feature as many proven winners as during the CarloÂ AncelottiÂ era.

Ghanaian referees Christine Ziga and Emmanuella Aglagoh have been selected to officiate at the 2014 African Womenâ€™s Championship (AWC).

The duo are part of a list of 26 officials named by the Confederation of African Football - CAF for the tournament to be hosted by Namibia from 11-25 October of this year.

Two Ghanaian referees have been selected to officiate at the 2014 African Womenâ€™s Championship (AWC) scheduled for Namibia from October 11-25.

Ziga, 31, will be a centre referee while the 34 year-old Aglagoh, is named as an assisDespite his problems, Essien provides star power and is a proven winnerâ€”both valuable commodities for a club struggling to rediscover its aura once again.

Itâ€™s easy to forget, but Essien, like Yaya Toure, is only 31. Realistically, he is unlikely to be the player to push Milan back to the summit of Italian football, but so long as Milanâ€™s magic Milanello laboratories can keep him fit, the midfielderâ€™s class can help push the side back towards the European places.tant referee.