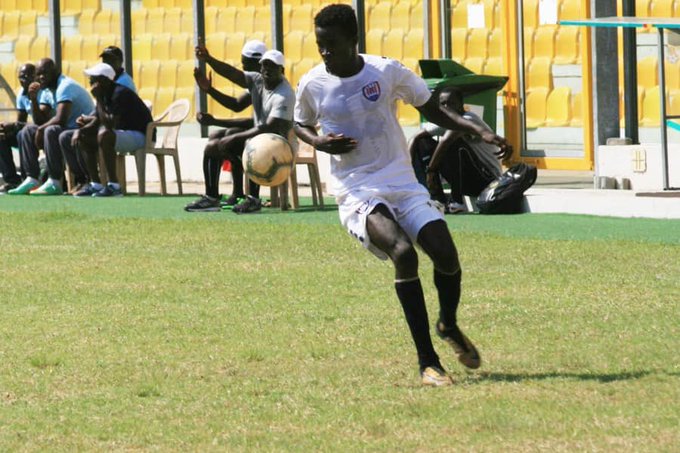 The player joined the club after impressing during the team's preseason friendlies, where he featured for the top tier side.

Kingsley came through the juvinile ranks of the lower-tier side, following the footsteps of ex-Inter Allies star striker Ropapa Mensah.‬

During the Normalization Committee tournament, Braye joined second tier Cape Coast Venomous Vipers on loan and had a feel of top flight football.‬

‪“I am filled with excitement and can not wait to get started on this new chapter in my football career,”‬ he told the club's website.

‪“I believe Allies will provide me with the platform to express myself well on the field and develop my game.”‬

Inter Allies are preparing for the start of the new season, which is expected to commence in mid-December.