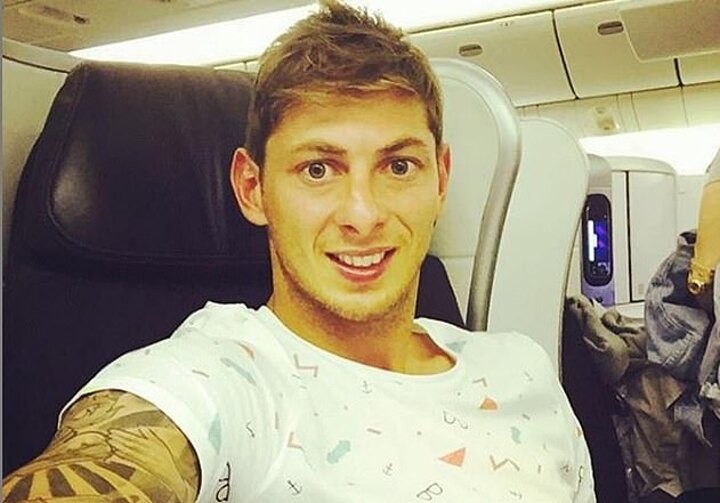 Cardiff City aim to finally launch a £2million trust fund in Emiliano Sala's name by the end of the month, with hopes to build a sports stadium in the player's home village, Sportsmail understands.

It will be two years next week since the 28-year-old was killed, when a grossly inadequate plane carrying him from Nantes to Cardiff crashed in the English Channel, and his family are still waiting for the establishment of the fund, which they first discussed with the club 14 months ago.

The replacement of an obstructive firm of Argentinian lawyers, who demanded control of the trust, with a new family firm is thought to have helped the process.

Though the family will believe it when they see it, there are hopes that the Emiliano Sala Memorial Trust might be established within weeks.

Annual football matches staged in Sala's name are seen as a way of building the profile of the trust which would support the family and create a legacy.

The establishment of a support system for players alone in a foreign country after a transfer, as Sala was, would be particularly fitting.

There was an urgency after the plane crashed to ensure that the death of Sala — a pawn in football's sordid transfer game — would bring change. But two years on, his family are still waiting.

Cardiff have always refused to pay the £15m fee they agreed with Nantes for Sala even though they 'unveiled' him as their player. They have taken their case all the way to the Court for Arbitration in Sport. A decision is still awaited.

The apparent conclusion of governing bodies and player organisations that his death was just one of those things has barely been remarked upon.

But Cardiff were wealthy enough to splash out £15m to buy Sala and make several intermediaries substantially wealthier into the bargain. There was ample cash sloshing around to have ensured that Sala, a single man alone in Cardiff with next to no grasp of English, had someone on hand to help.

'It might sound strange but he'd left his dog in a kennel in Nantes and was fretting about how to get back to him,' said Christian Martin, an Argentinian broadcaster and journalist who came to know Sala well.

'He was desperate to get back. If someone could have just found a helper for him in Cardiff, someone who spoke his language, I think it would have helped.'

Desperate to be home, Sala took a charter flight back to Nantes instead of the scheduled services via Paris or Amsterdam that Cardiff proposed.

He also accepted the pilot's fateful request to put back the departure time and fly back to Cardiff through the dark.

Afterwards, his family seemed embarrassed to raise the question of money. Martin remembers Horacio Sala, the player's father, phoning him several times to see if there was any word about that.

He had separated from Sala's mother, Mercedes Taffarel, and she was receiving demands for legal costs. Four months after the air crash, Sala Snr was also dead. He suffered a heart attack.

The trust fund offered the prospect of something positive emerging from the tragedy. But it became bogged down in legal wrangling.

Tax clearance for the trust was granted before Christmas. A trustee has been identified and agreed to take on the role. There is now thought to be only one remaining commercial obstacle to clear.

'People in Argentina look at how little the game, with all its money, has done for this family who have been through so much,' said Martin.

'They are surprised by that. Shocked by that. They think it would have been different if Emiliano had been an English player.'