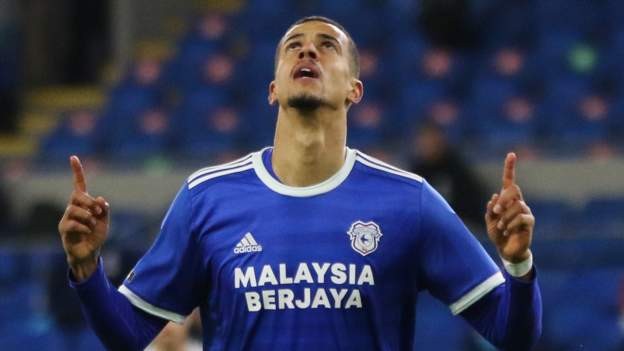 The 26-year-old broke his goal drought to score his first of the campaign in the Bluebirds' 3-0 win against Huddersfield on Tuesday evening.

Despite the lack of form, Glatzel says he loves being in Cardiff and has adjusted to the different culture.

"I love the team and I love the city," said Glatzel.

"It's almost like my second home. It has already been such a great experience for me, I just hope that I can give back more on the field.

"I'm not 100% happy with how everything has worked out until now, but I'm not giving up."

Despite feeling settled in the Welsh capital, Glatzel admitted it is "not easy to watch" as Wales international Kieffer Moore continues to impress.

As well as Moore's four goals in the last four games, manager Neil Harris has also turned to academy product Mark Harris ahead of Glatzel in recent matches.

But the German striker insists all the forwards at the club support each other despite the competition for places.

"Three strikers and everybody wants to do the best and hopes the best for each other.

"It's not easy to sit on the bench most of the time.

"You have to accept it and accept the challenge, not give up, give your best and that's how it is to be a professional.

"That's my situation at the moment. I have to keep working hard and wait for my chance to come."