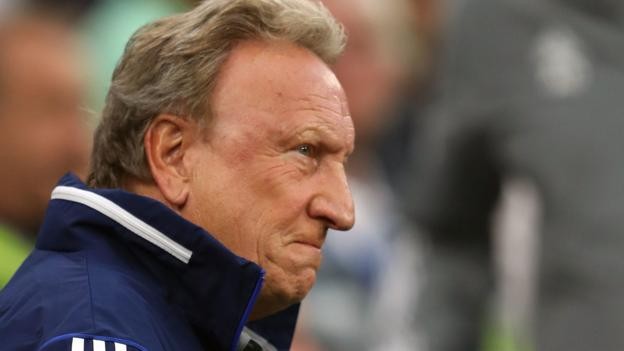 Cardiff City goalkeeper Neil Etheridge could be in contention against Middlesbrough after a hamstring injury.

Boro boss Jonathan Woodgate has no new injury or suspension problems following their win against Reading.

The last season Cardiff and Middlesbrough faced, the Bluebirds won both league meetings 1-0, doing so in the 2017-18 season. None of the last 24 league meetings - all in the second-tier - have ended as a draw between Cardiff and Middlesbrough (12 wins each). In all competitions, Cardiff boss Neil Warnock has won all eight of his home managerial matches against Middlesbrough, doing so with seven different teams. Cardiff City have played the highest percentage of their passes long in the Championship this season (24.2%). The age gap between Cardiff manager Neil Warnock and Middlesbrough boss Jonathan Woodgate is 31 years and 52 says - on the day Woodgate made his league playing debut for Leeds in October 1998, Warnock was managing his 520th match in the Football League (including play-offs). Middlesbrough are averaging 52.4% possession in Championship games this season, compared to 43.4% possession last season under Tony Pulis.