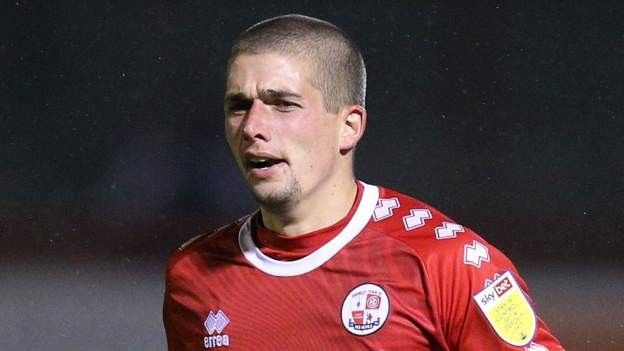 Cardiff City have signed striker Max Watters from League Two side Crawley Town on a deal until the summer of 2024.

The 21-year-old has scored 16 goals in 19 appearances for John Yems' FA Cup giant-killers this season.

"When I first found out about Cardiff's interest I was immediately attracted to it," Watters said.

"As a striker, you've got to score goals, and that's what I'm here to do."

Watters, who had been linked to Swansea City, has played for a variety of non-league clubs and joined Crawley after being released by Doncaster Rovers.

The forward is third in the League Two scoring list so far this season with 13 goals.

Cardiff, 15th in the Championship ahead of Saturday's game against Norwich, have scored only 29 goals in 22 league matches.

Watters will watch his new club in action against the Canaries in the Championship and could make his debut against QPR on Wednesday.

"It's a big game at home against QPR in midweek," Watters told the Cardiff City website.external-link

" It's a shame that fans can't be here so I can play in front of them. Hopefully I'm involved and hopefully we can get the win."