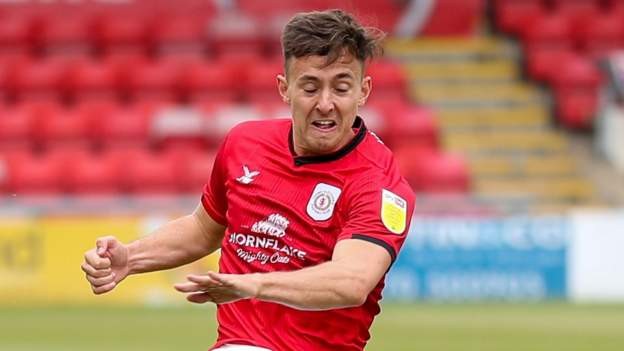 Crewe had offered the 24-year-old a new deal but he has instead opted to leave the League One side and join Championship Cardiff as a free agent.

"I'm buzzing that it's sorted and I'm so happy to be here," Wintle said.

"I'm all-action, I'd say. I get forward, I get back and hopefully I'll try and be a fans' favourite and do everything that they want from me."

Wintle joined the Railwaymen from Alsager Town in 2015, making his professional debut at the age of 18. He went on to make 186 appearances in all competitions across six seasons at Gresty Road.

"I spoke to Perry Ng [the former Crewe captain who joined Cardiff last January] as soon as I found out about the interest and he had a very high regard for this place," Wintle added.

"When we didn't have a game I watched Cardiff because I was watching Perry. Now I'm here as a player so hopefully we can win games together.

"I then came down, spoke to the manager [Mick McCarthy], was very happy with what I heard and I couldn't wait to join.

"I'm one of those players that will wear their heart on their sleeve and hopefully I can repay the faith that he's placed in me."