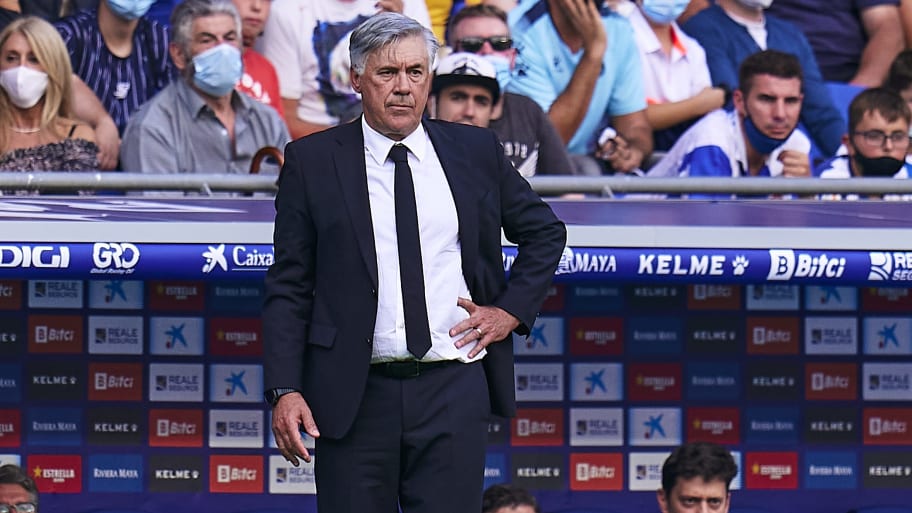 Real Madrid coach Carlo Ancelotti has admitted that defeat to Espanyol in La Liga on Sunday was his team’s ‘worst’ performance of the season so far.

Real sit top of La Liga but lost 2-1 at the RCDE Stadium against a newly-promoted Espanyol side that had only won one of their first seven games of the new campaign.

“We played badly. There isn't much else to say,” the Italian is quoted as saying by ESPN.

“We started the game with an idea, and then with the goal we conceded we weren't able to stay calm. There was confusion out on the pitch. The team wasn't well positioned with or without the ball. I have to be honest, it's our worst game.”

Espanyol scored in either half through Raul de Tomas and Aleix Vidal, with Karim Benzema’s 71st minute strike proving to be no more than consolation. The hosts from Barcelona had even been threatening to extend their lead to 3-0 before Benzema made things a little more respectable.

Real sign off for the October international break reeling from consecutive shock defeats. They are now only top of the table on goal difference with city rivals Atletico Madrid drawing level with them and Real Sociedad courtesy of an impressive victory over Barcelona on Saturday.

Los Blancos won't be back in action until Sunday 17 October when Athletic Bilbao travel to the capital. The Champions League group stage will then resume a few days later with a lengthy round trip to Ukraine to face Shakhtar Donetsk.

This article was originally published on 90min as Carlo Ancelotti admits Espanyol defeat is 'worst' performance of the season.