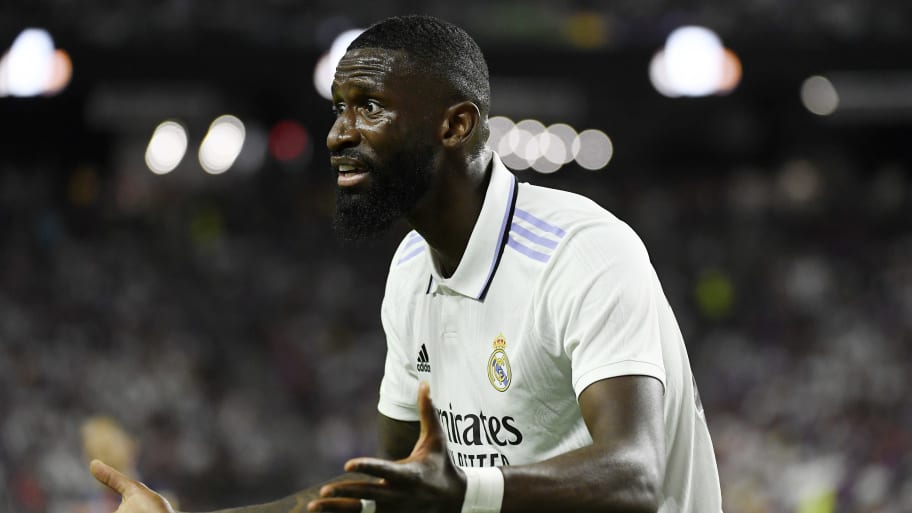 Real Madrid manager Carlo Ancelotti has revealed he could use Antonio Rudiger as a left-back in order to maintain David Alaba and Eder Militao's centre-back partnership.

The Germany international has become one of the world's leading defenders in the last few years and joined Los Blancos on a free transfer from Chelsea earlier this summer.

"I liked him a lot. I am not crazy and he is very intelligent. He can play in that position, just as he can also change in the match with Alaba. They didn’t do so today, because it went well," the Italian tactician said.

Ancelotti was then questioned as to why he didn't use Alaba at left-back instead given he almost exclusively played there for over a decade at Bayern Munich.

"[Alaba] as a left-back...only when necessary. I don’t want to change the pair from last year," he added.

Alaba and Militao weren't the most formidable defensive duo in Europe last season, but they did put in a number of impressive performances on Real Madrid's way to Champions League and La Liga glory.

Real Madrid have not yet brought in a left-back to replace departing club legend Marcelo, though were tentatively touted to re-sign Sergio Reguilon from Tottenham earlier in the window.

Ancelotti has since revealed that he doesn't want to bring in any further reinforcements this summer, however.


This article was originally published on 90min as Carlo Ancelotti: Antonio Rudiger may not start at centre-back for Real Madrid.