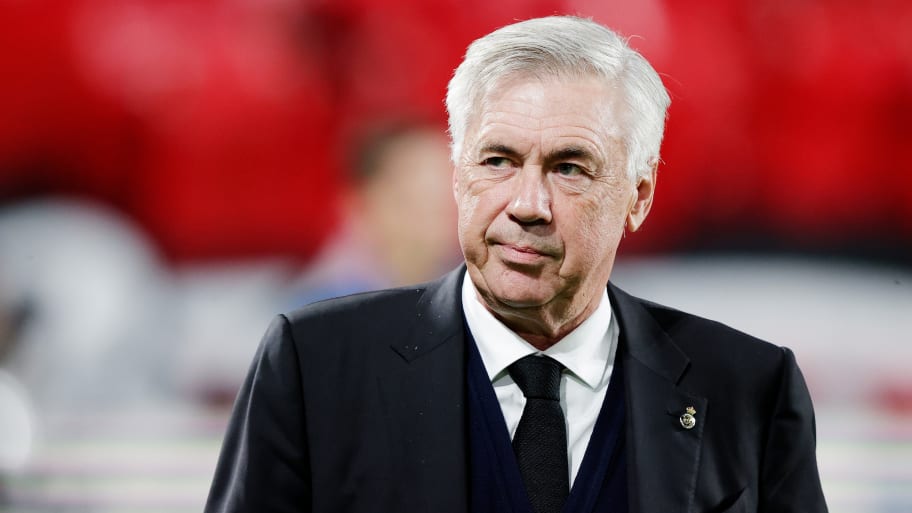 Carlo Ancelotti singled out two players for their 'drop in quality' during Real Madrid's 3-2 loss at Rayo Vallecano.

Los Blancos' unbeaten start to La Liga's season came to an end across town at Vallecas, with Ancelotti's side now two points behind Barcelona in the standings.

Speaking to the media post-match, the Italian was asked particularly about Vinicius Junior's poor night in front of goal, but he also pointed to fellow Brazilian Rodrygo's wastefulness.

"As for quality, it has gone down a bit. Vinicius, Rodrygo, who missed a couple of shots that he usually puts in," Ancelotti admitted.

"[Marco] Asensio has been good, but the level of the others has been lower than usual."

When asked further about conversations he had on the touchline with Vinicius, Ancelotti added: "I talk to him, but we have missed that we have lost in many duels - Vinicius, Rodrygo, those types of players. Difficult match for him and for everyone.

"[Vinicius] has not had a special impact, similar to the ones he has had earlier in the season."

Vinicius and Rodrygo were both named in Brazil's 26-player squad for the World Cup prior to Real Madrid's defeat to Rayo Vallecano.

Real Madrid's final game before the winter break comes on Thursday at home to Cadiz.

This article was originally published on 90min as Carlo Ancelotti calls out two Real Madrid stars for underperforming in Rayo Vallecano loss.