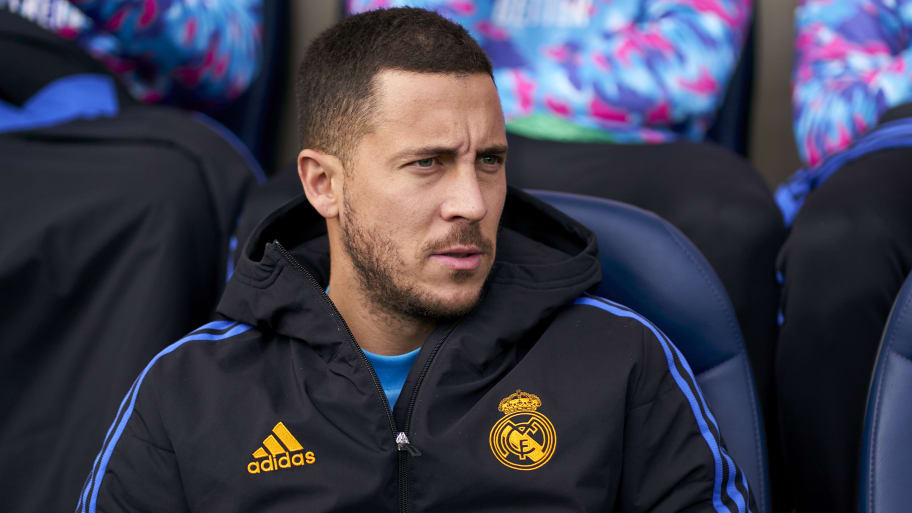 Carlo Ancelotti has confirmed that Real Madrid have no plans to part ways with winger Eden Hazard this summer.

The 31-year-old has had a torrid time since leaving Chelsea in 2019, with injuries and a loss of form restricting him to just six goals and ten assists in 65 appearances - 28 of which have come as a starter in La Liga.

With Real looking to finance some big summer business, which has begun with the signing of Antonio Rudiger and could continue with the arrival of Kylian Mbappe from PSG, it had been speculated that Hazard and his high wages could be nudged towards the Santiago Bernabeu's exit door this summer.

However, in a press conference on Saturday, Ancelotti put that speculation to bed.

"He'll be staying and he's got a lot of motivation because he has not had a good time," Ancelotti said of Hazard. "He wants to show his quality.

Further to that, Ancelotti challenged Hazard to fight his way back into the starting lineup and warned the Belgian that he must make the most of the minutes afforded to him next season.

"I think there'll be minutes for him," Ancelotti said. "In a squad like ours, there are many games. There will be rotation. With a more complete squad, you can rotate more and everyone can have opportunities.

"Being a starter in a great team is very difficult, for everyone, not just those who play less. The number of minutes is not important. We have the example of Rodrygo, who has not played many minutes, but those he has played have always been full of quality."

Hazard went under the knife in May to remove the plate in his ankle and he is now back in training, with those around him quietly optimistic that his injury hell could finally be over.

AS state that Hazard will even get a call-up to the Belgian national team this summer for the Nations League games, giving him the platform to prove his fitness before returning to Real next season.

This article was originally published on 90min as Carlo Ancelotti confirms Eden Hazard will remain at Real Madrid this summer.