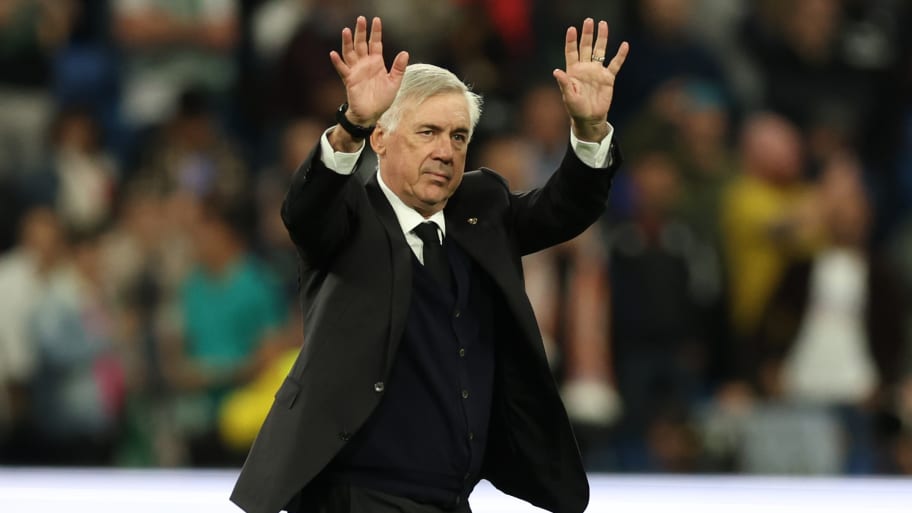 Benzema, the reigning Ballon d'Or holder, has missed ten games in all competitions this season with a variety of injury issues and questions are now being asked over how Real will cope without the 34-year-old when his career with Los Blancos eventually comes to a close.

In his absence, Ancelotti has turned to Rodrygo. The Brazilian is a winger by trade but, having flashed a goalscoring flare this season, Ancelotti has backed him to transition into a striker full-time further down the line.

"[Rodrygo] has a great future, more as a centre-forward than as a winger," Ancelotti said ahead of Monday's meeting with Rayo Vallecano. "I see him more there."

Rodrygo is expected to start in attack against Rayo after Ancelotti again ruled Benzema out of action.

"He's not going to play, he's ruled out," the boss said of Benzema. "He won't play because he can't.

"His absence has allowed us to exploit the quality of players like Vinicius, Rodrygo, [Federico] Valverde. But we're going to need him after the World Cup."


This article was originally published on 90min as Carlo Ancelotti explains how Real Madrid could replace Karim Benzema.