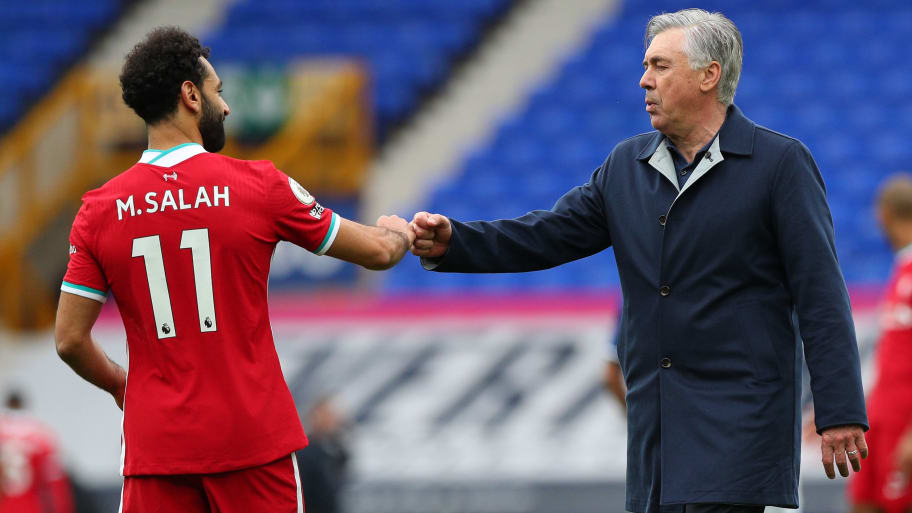 Carlo Ancelotti has revealed that he agrees with Mohamed Salah's claim that he is the best winger in world football today.

Salah recently urged anyone who disputed his opinion to look at his statistics over the past few years - 155 goals and 63 assists in 251 appearances for Liverpool to date - with that sort of form expected to push him towards the top of the Ballon d'Or rankings.

Salah is many supporters' favourite to win the prize but is expected to face significant competition from Real hitman Karim Benzema, who is in the form of his life these days as he led Los Blancos to the Champions League final, where they will meet Salah's Liverpool later this month.

While Ancelotti would not be drawn on his pick for the Ballon d'Or, he did not shy away from backing up Salah's praise for himself.

"He's right, it's not easy to find a right or left winger like him anywhere in the world," Ancelotti said. "In his position, he is the best in the world."

Salah recently discussed his expected battle with Benzema, admitting that coming out on top in the Champions League final could be key to his chances of sneaking ahead in the Ballon d'Or rankings later this year.

Liverpool have already won the Carabao Cup this season and will fight Chelsea for FA Cup glory in Saturday's final, although their chances of a quadruple are slim after the Reds slipped up in the Premier League.

As for Real, they have already sealed the La Liga title and are looking to secure a double of their own in the Champions League final on 28 May.

This article was originally published on 90min as Carlo Ancelotti hails 'best in the world' Mohamed Salah.