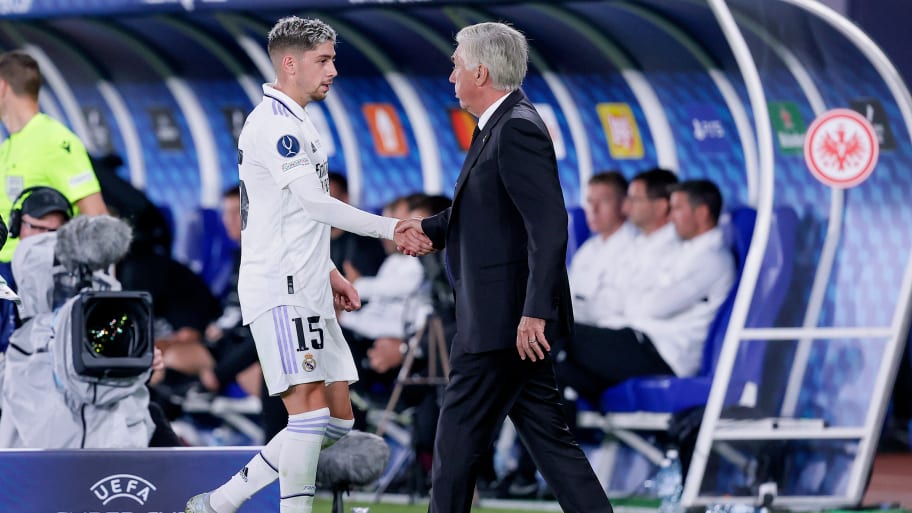 Real Madrid manager Carlo Ancelotti says Federico Valverde can be better than Steven Gerrard was in his prime.

Valverde has developed into one of Ancelotti's most important players at Real, getting four goals and two assists in nine games this season.

The manager sees similarities between the Uruguayan and Gerrard and says such comparisons are a big compliment to the midfielder.

In fact, he thinks the 24-year-old can become even better than the Liverpool legend ever was.

"He has many things from Gerrard, it's very good for him to be compared to a player who had this success. Federico has everything to reach his level, and even more," he told the press.

Valverde has also become one of his nation's most important players and is set to play a big part in their World Cup campaign this winter.

Ancelotti is already thinking about how he's going to handle the midfielder and his team-mates playing in an international tournament in the middle of the club season and doesn't plan to bring them straight back into the fold.

"After the World Cup we don't know what will happen, we are thinking about how to handle the situation of those who return because we have to give them rest and until mid-January we may have to play with those who stay here," he said.

"We also have to take into account those who go to the World Cup and are not going to play. They will need rest, at least ten days of vacation must be given to them, then start a kind of pre-season that does not really exist but that they rest."