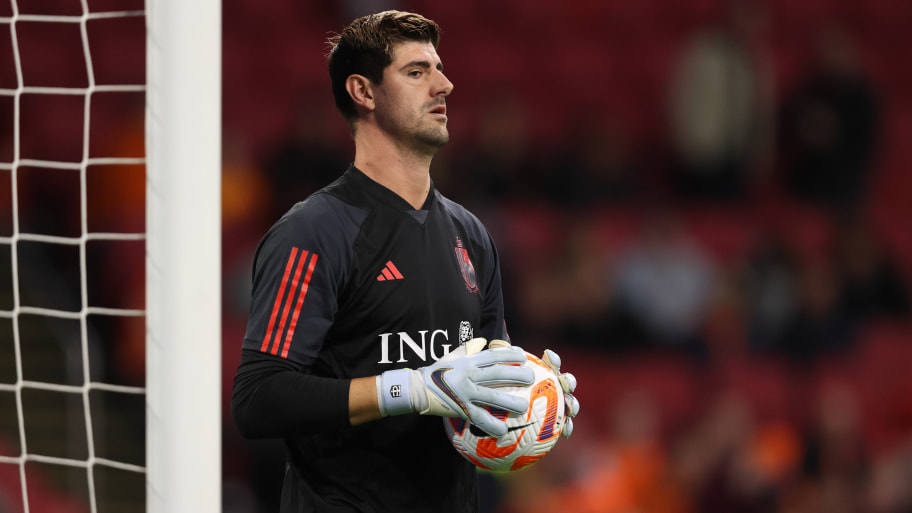 Carlo Ancelotti has admitted he is not concerned by the injury which ruled goalkeeper Thibaut Courtois out of Real Madrid's 1-1 draw with Osasuna on Sunday.

The Belgian stopper was ruled out of the game before kick-off and was replaced by Andriy Lunin, who failed to keep a clean sheet as Real dropped their first points of the new La Liga season - ending their ten-game winning run as a result.

After the game, Ancelotti confirmed Courtois was heading for a scan to determine the severity of the issue.

"He's got some tests on Monday, so we'll see if we can get him back," Ancelotti said. "It's a muscular issue, I think it's with his sciatic nerve.

"It's not such a serious thing. We'll find out on Monday if he can play on Wednesday."

As well as a disappointing result, the draw also continued Real's wait for a clean sheet in La Liga. They have not secured a shut-out this year, but Ancelotti insisted he was not worried by the numbers.

"I think we've been pretty solid at the back," he said. "This goal [from Osasuna] came from a cross from midfield and a shot.

"We've had balance, we haven't allowed any setbacks, but we have to be solid to stop conceding goals."