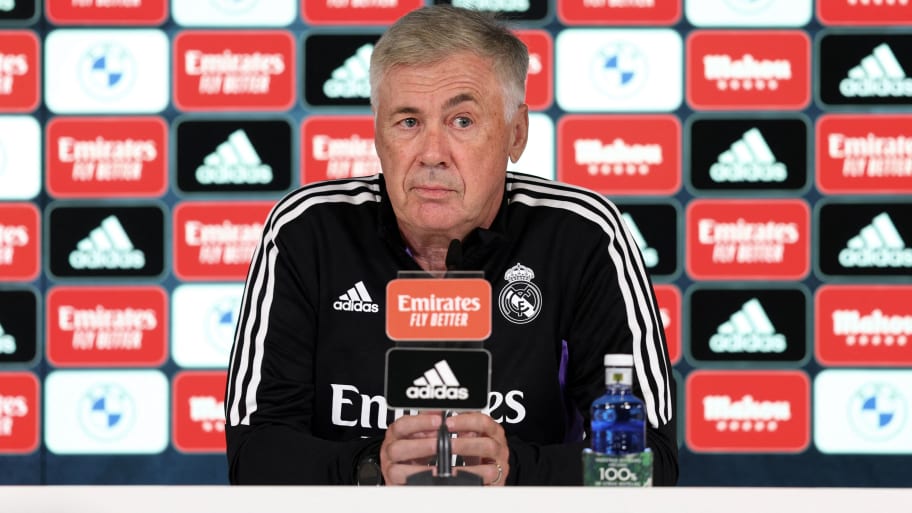 Real Madrid manager Carlo Ancelotti has revealed his surprise towards Toni Kroos' failure to make the final 30-man shortlist for the 2022 Ballon d'Or.

The German, who managed three goals and three assists in 45 appearances for the La Liga and Champions League winners last season, was the only member of Real's famous midfield trio to miss out on a spot on the final shortlist, with Luka Modric and Casemiro both making the cut.

"It surprises me a bit, because Kroos had a fantastic season," Ancelotti said of the decision to leave Kroos off the list.

"But it's true that it could be a problem if we named all the Real Madrid players, I can understand that."

Six of Ancelotti's players made the final shortlist: Modric, Casemiro, Thibaut Courtois, Vinicius Junior, Karim Benzema and Antonio Rudiger, and the boss admitted there are a handful of others who can feel hard done by to have missed out.

"[Federico] Valverde, [Eder] Militao, [David] Alaba...they all deserve to be there," he said. "All of them had fantastic seasons.

"I'm not saying they should all win the Ballon d'Or, but they all deserve to be on the list."

Ancelotti took a moment to discuss Vinicius Junior's chances of winning the prize, insisting the young winger should simply be proud to make the shortlist.

"Vinicius is very happy with what he has done, including scoring the goal to win the 14th Champions League," Ancelotti said.

"In the future, he will fight to win the Ballon d'Or. The important thing to players is to be the winner, not the final position on the list, and unfortunately, he doesn't have that chance now."