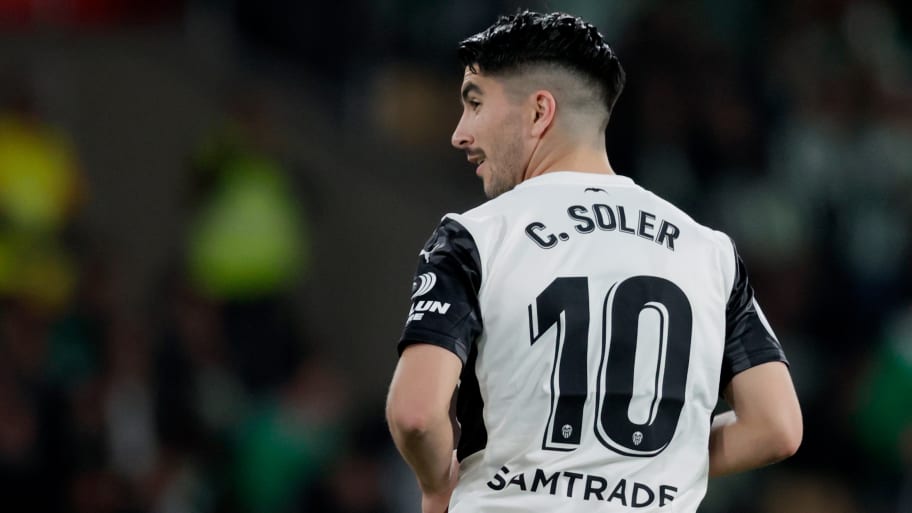 Valencia have denied reports that they have agreed to sell forward Carlos Soler to Barcelona this summer.

Spanish outlet AS claimed that an agreement had been officially agreed between the two clubs at around the €20m mark, with personal terms also finalised as well, and it was now a case of waiting for Barcelona to shift some salary off their books.

The story reached Valencia pretty quickly and they wasted little time in releasing a statement to call the whole thing out as nonsense.

"In response to a story published this Monday in Spanish newspaper Diario AS, Valencia CF deny the existence of any agreement -or any ongoing negotiation- with FC Barcelona for the transfer of Carlos Soler," a statement read.

"The club are currently in an open negotiation process with the player and his agents to extend his contract with Valencia CF."

Barcelona are looking for a new forward this summer and have a number of targets on the radar while they wait to see just how much money they can free up.

A move for Borussia Dortmund's Erling Haaland is increasingly unlikely, with the focus now understood to be on Bayern Munich's Robert Lewandowski instead.

The German side are keen to keep hold of Lewandowski, who is open to extending his stay in Bavaria if the right contract offer is made, and there have been a number of players touted as possible alternatives if Barcelona miss out on the Polish international as well.

Alongside Soler, Chelsea's Romelu Lukaku, Manchester City's Raheem Sterling and Real Sociedad's Alexander Isak are three of many to have been suggested.


This article was originally published on 90min as Carlos Soler: Valencia deny reports of sale to Barcelona.