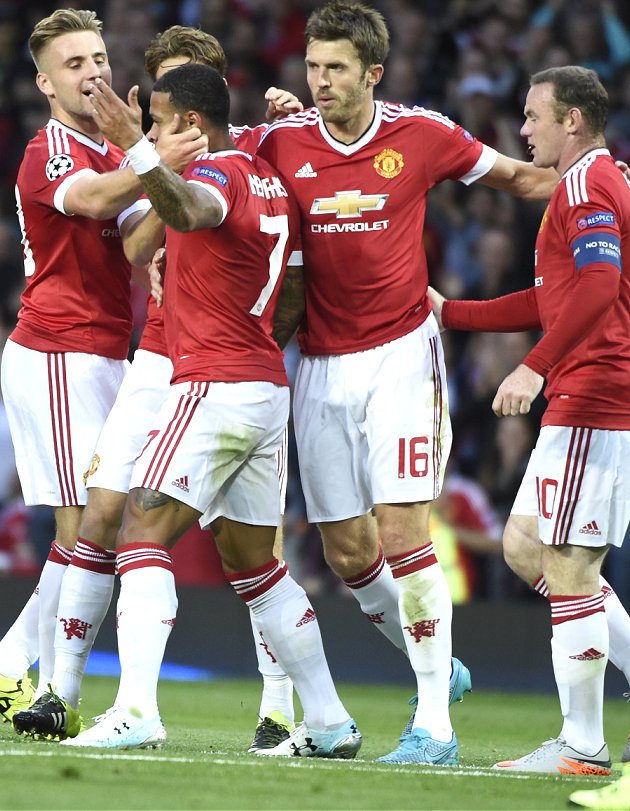 Manchester United midfielder Michael Carrick was happy with their formation at Leicester City.

United drew 1-1 playing five across the back

"I thought it was fine and we controlled most of the game," Carrick told MUTV.

"Leicester had a few breaks and were quick on the counter-attack, there was always that threat and we had to deal with it. But apart from their goal, I felt that we were in control.

"We just needed to find that winner and we couldn't do that. We are not satisfied with that [four points from the last two away games]. Regardless of our win last week, we came here to win this game too.

"Seeing the way the game went we feel that we've let that slip. We'll take the point because it's not an easy place to come, but we feel that we should have taken the three points."