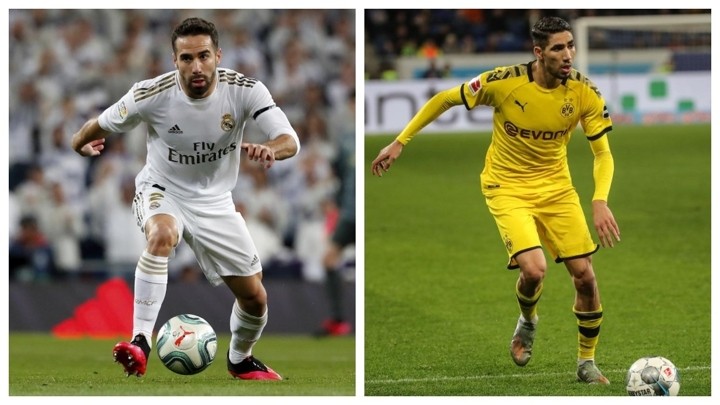 Dani Carvajal has been an undisputed starter at right-back so far this season, with second choice Alvaro Odriozola being loaned out to Bayern Munich in January.

Meanwhile, Achraf Hakimi has improved during his loan spell at Borussia Dortmund and he seems ready to return to, and have a role, at Los Blancos.

With the help of Driblab, MARCA have analysed both players' stats to open a debate on which of the two should be the Real Madrid's first choice right-back next season.

By comparing their performances both in the domestic league, as well as in the Champions League we can determine who is the favourite to occupy a slot in Zinedine Zidane's starting line-up.

Carvajal dominates in defence as he has won 73 percent of his duels, while Achraf has only managed a 53 percent figure.

The current Real Madrid full-back is more reliable passer than the Dortmund player, while both have registered decent possession and successful passing numbers.

Achraf is better at dribbling and he is very strong in attack, mustering 10 assists this season, compared to Carvajal's six.

While the Spaniard tries to find the striker through crosses into the box, the Dortmund defender is more creative in tight spaces near the area - something that the LaLiga Santander club lack with Ferland Mendy and Carvajal as full-backs.

The current Los Blancos defender provides a balance between attack and defence, but it seems that Achraf is the best young player in that position and Real Madrid's future right-back.