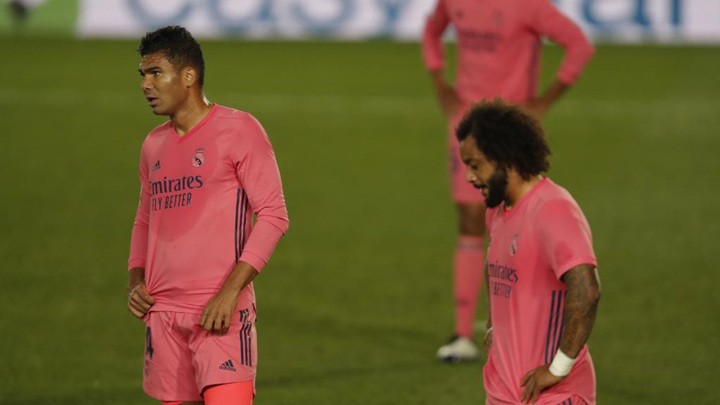 Casemiro was disappointed with how Real Madrid went about their work in the first half of their defeat to Cadiz on Saturday. Los Blancos conceded several chances to their visitors at the Estadio Alfredo Di Stefano and were fortunate only to be one goal down at the break.

Anthony Lozano scored the only goal of the game during the first half to give the Andalusian club their first away win over Real Madrid in their history. Casemiro, for his part, didn't come off the bench until half time.

"We gifted them the first half, it wasn't good," Casemiro told Movistar afterwards.

"We tried and fought, but they played better.

"In the second half, we pressed higher.

"We had control of the game, but this is LaLiga. They're a good side.

"But we gifted them the first half.

"It's difficult for me to talk about the first half because I was off the pitch.

"It's a difficult moment.

"We have to look at our mistakes and what we did well.

"But, in the first half, the attitude cannot be like that.

"We dropped three points against an organised team, who knew what they had to do.

"We have to forget about it because the Champions League is here and there's a long way to go [in LaLiga Santander]."

Thibaut Courtois was called into action on a number of occasions during the first half as Real Madrid struggled defensively.

"I don't think [we lost our defensive solidity]," Casemiro added.

"There's always room for improvement. They didn't get through us in the second half.

"We have to work hard and do better. We have to improve offensively, defensively, in everything.

"Let this serve as a lesson so that it doesn't happen again this season.

"The more solid we are, the closer to winning we'll be."