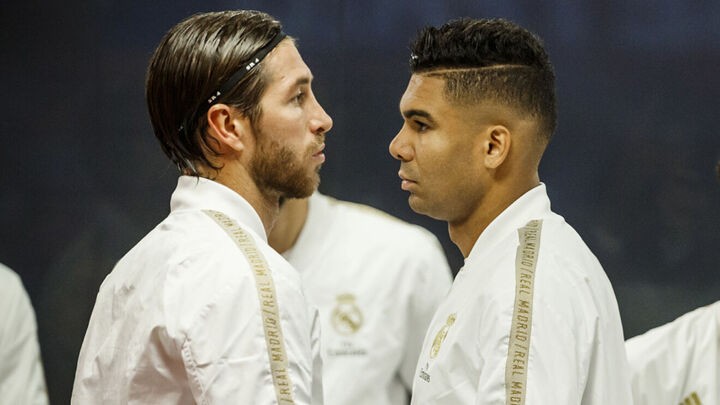 Sergio Ramos' departure from Real Madrid this summer means that the club will not only be without his incredible football ability on the pitch but also without the leadership qualities of their captain of the last six years.

As Los Blancos prepare for life without Ramos next season, they will be counting on several players to fill his enormous leadership void.

The void left by Ramos

Throughout Real Madrid's recent history the team have had leadership in abundance, not only thanks to the role of Ramos but also with Cristiano Ronaldo playing a key leadership role in the dressing room.

However, with the departure of both, the likes of Karim Benzema and Dani Carvajal will look to fill this leadership void.

Benzema's role has grown since Cristiano's departure and he will look to be the de facto captain of the side on the pitch, leading by example once again.

Carvajal and the Spanish nucleus

Carvajal has become a key member of the dressing room in recent seasons, and the 29-year-old will look to lead his team in an even greater capacity next season.

He is the centre of the dressing room's Spanish nucleus, which contains Lucas Vazquez and Nacho Fernandez, and he will hope to avoid another injury-ridden campaign as he aims to step up and help to fill Ramos' void next season.

However, the player Real Madrid are looking to most to establish himself as the club's new leader is Casemiro.

He is a fundamental part of the club, not only as part of the midfield trident with Toni Kroos and Luka Modric but also due to his connection with the fans.

Leading by example on and off the pitch, he is fully identified with the club's values and has demonstrated that he has the personality to take the leadership baton from Ramos.

Modric is another experienced squad member with enormous influence on the dressing room, and he will be looking to help lead the side next season.

Although his personality is quieter than that of Casemiro, he is one of the most respected squad members, not only because of his status as one of the best central midfielders in world football but also given that he has been at the club for nine seasons.

Modric, alongside players such as Benzema, Carvajal and Casemiro, will be looking to step up as Real Madrid enter a new era without Sergio Ramos next season.