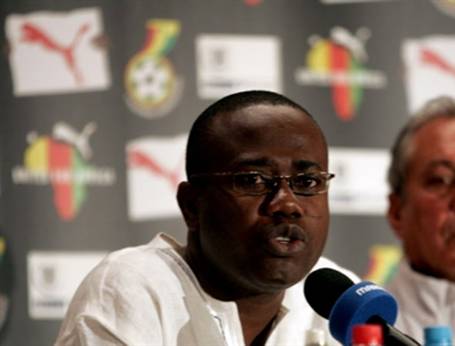 The Ghana Football Association has asked three junior national teams to end their camping due to the lack of funds to feed them at the Ghanaman Soccer Centre of Excellence in Prampram.

The national Under-17 female and male teams and the women's Under-20 team have been asked to go home indefinitely.

However, the male Under-20 team will be preparing at a different location for their 2013 African Youth Championship qualifier next month.

"The coaches were told to suspend camping on Thursday because the Ghana FA cannot fund their feeding," a source told MTNFootball.com

"Some of the coaches even had to personally contribute to provide food for the players."

The Ghanaman Soccer Centre of Excellence, a FIFA goal project, has been the camping base for all junior national teams.

The Black Maidens and Black Princesses are preparing for this year's FIFA Under-17 and 20 World Cup finals respectively.

The Black Starlets have a 2013 African Under-17 Championship qualifier against Gambia in October.