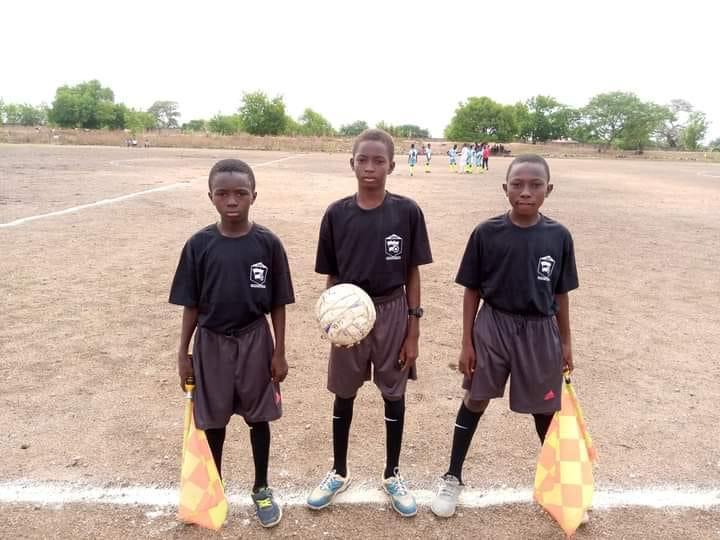 The Ghana Football Association's Catch Them Young refereeing policy kicked off over the weekend as young officials handled games across the country during the commencement of the juvenile league.

The FA introduced the policy eight months ago with individuals between the ages of 13 to 16 enrolling.

The policy was designed to unearth referees at a tender age, as they go through training and education to handle games at the colts level.

The juvenile league officially gets underway in Fadama with the Chairman in attendance !! #BringBackTheLove pic.twitter.com/IbthrT1DJS

Most of the referees were given the exposure last weekend and will continue to officiate matches at the level until they graduate to the professional level.

The return of the juvenile league was graced by several top officials from the Ghana Football Association including the technical director of the federation, Bernhard Lippert, and Exco. member Anim Addo.

Technical Director Bernhad Lippert was at the Indafa Park yesterday with EXCO member @AnimSammy for the Juvenile match between Mighty Victory and Great Ceedabs pic.twitter.com/Y4kVLcJLAU

The catch them young initiative has been lauded by some top football pundits and journalists in the country, as many believe it is the best solution to curbing the officiating problem in Ghana.

These kids were on duty in the Northern region during week one of the @ghanafaofficial national juvenile league. The first assistant referee looks stern paaa oh pic.twitter.com/1BG3pWyGnp

During the launch of the program last year, Referees Manager Alex Kotey explained that as part of the policy, the GFA would establish a Centre of Refereeing Excellence (CORE) at the Technical Centre (GSCE) in Prampram and an Online-learning platform to support the education of referees at the Grassroots level.

He further stated that the GFA’s Referees Instructors will develop the profile of Grassroots referees with the Referee’s department’s also developing Online and Facial Grassroots Refereeing courses to develop persons that fit the profile.