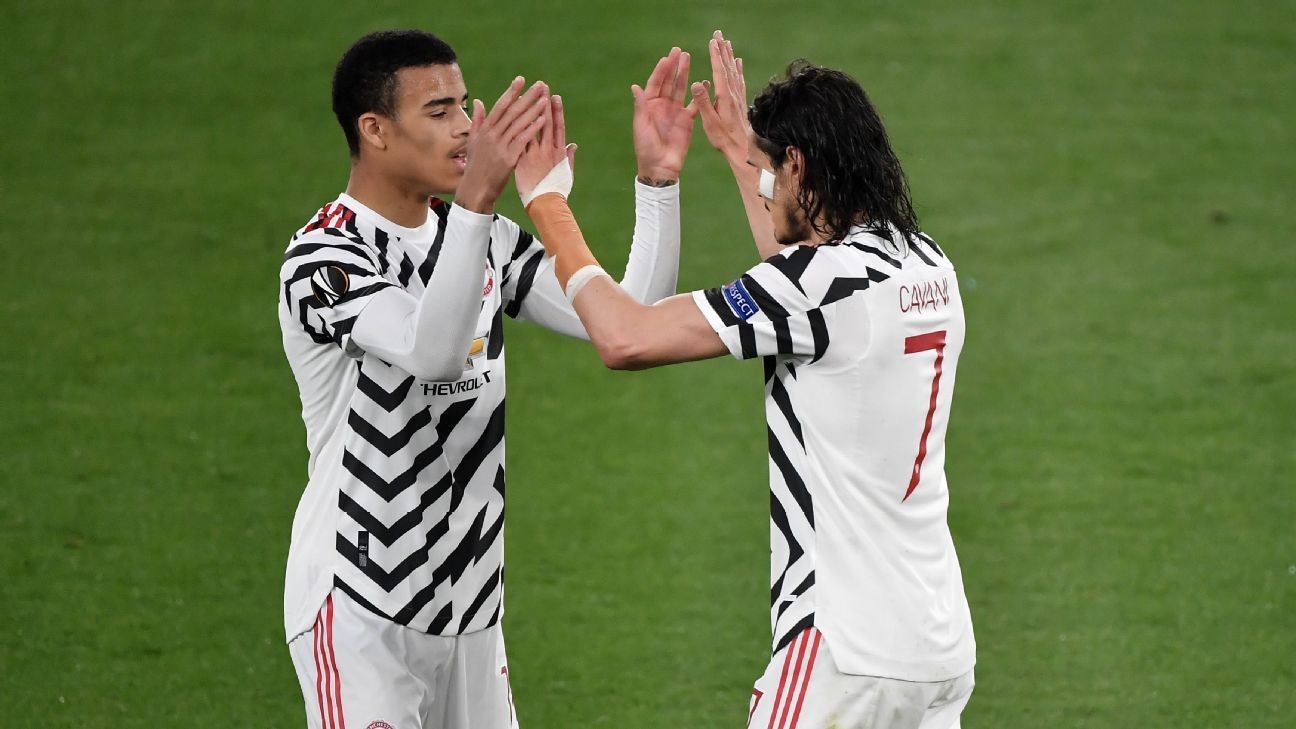 BIRMINGHAM, England -- Mason Greenwood was so promising as a schoolboy at Manchester United that Sir Alex Ferguson would tell people of the "special" talent that would one day break into the first team. After the 19-year-old eclipsed Wayne Rooney and Cristiano Ronaldo in the club's record books with a crucial goal in Sunday's 3-1 win at Aston Villa, Ferguson was shown to be right.

In truth, Greenwood's precocious ability has been well known to the football world since he broke into Ole Gunnar Solskjaer's team as a 17-year-old in 2019, but his goal at Villa Park, which put United 2-1 ahead after a Bruno Fernandes penalty had levelled Bertrand Traore's opener, confirmed just how big of a future he has at Old Trafford. The left-footed strike from just inside the Villa penalty area, having turned Tyrone Mings with embarrassing ease, was Greenwood's 16th league goal for United, making him the highest-scoring teenager in the club's Premier League history -- more than Rooney, Ronaldo, Marcus Rashford and Ryan Giggs.

That is an illustrious group of star names that Greenwood now stands at the top of, and his surge of form in recent weeks is even better than the goal glut that accompanied his end to the 2019-20 season. Greenwood has now hit seven goals in his past ten games in all competitions -- he has 11 in total this season -- having ended last year's pandemic-interrupted campaign with five goals in ten appearances.

That form earned Greenwood a place in Gareth Southgate's England squad for the Nations League clash with Iceland at the start of this season -- a call-up that ended in controversy when he and Manchester City's Phil Foden were sent home for breaching COVID-19 protocols -- but while Foden has since been brought back into the international fold, Greenwood has remained on the outside. Although with UEFA now expanding squad sizes from 23 to 26 for Euro 2020, Greenwood's form is making it increasingly difficult for Southgate to overlook his claims as a late wildcard selection.

Greenwood's pace and direct style down the right flank of Solskjaer's team is also giving the United manager a dilemma, with Borussia Dortmund's Jadon Sancho once again likely to be high on the club's summer wanted list. But with Dortmund expected to hold out for a fee in the region of £80 million for the England winger, Greenwood's accelerated development might just save United a fortune and enable them to invest that money elsewhere in the team. By outstripping the likes of Rooney and Ronaldo in terms of goals at his young age, Greenwood can surely only get better, but his game time would be impacted by the signing of Sancho.

There is a view within United that, once he has reached physical maturity, Greenwood will move into a more central role in the team. He has been compared to former United striker Robin van Persie, in terms of his movement and eye for goal, so such a progression is not beyond the realms of possibilities.

United can buy themselves time with Greenwood's development as a centre-forward thanks to Edinson Cavani's ageless performances for the team. The 34-year-old, a free transfer arrival from Paris Saint-Germain last October, took his recent tally to eight goals in seven games by scoring a late header to make it 3-1 against Villa.

Cavani has yet to commit to a new contract beyond the end of this season, but his contribution to Solskjaer's team has been outstanding. If he stays, he will enable Greenwood to continue his learning of the game out wide, at the same time as tapping into the Uruguay international's knowledge and experience.

By scoring his goal at Villa Park, Cavani equalled the club record of Solskjaer and Javier Hernandez by registering five league goals as a substitute in a single season. With four games still to play, Cavani could yet claim that milestone for himself.

Having secured the win that all but guarantees a top-four finish and Champions League qualification -- barring four defeats and a huge goal swing to West Ham United -- the Red Devils are now almost certain to play out their final four games with Solskjaer rotating his squad in order to keep them fit and fresh for the Europa League final against Villarreal in Gdansk, Poland, on May 26.

Solskjaer had complained about United having to play four games in eight days, starting with last Thursday's Europa League semifinal against AS Roma, due to the postponed clash against Liverpool being rescheduled for this Thursday, but with United's top-four place secure he is now likely to make wholesale changes against Leicester City at Old Trafford on Tuesday. Such a move could have a direct impact on the race for the top four, with Leicester needing points to see off pressure from West Ham and Liverpool, but Solskjaer is unlikely to risk injuries to his players by forcing them to play three league games in the space of five days.

"I think everyone is capable of doing Thursday-Sunday," Solskjaer said. "But then to put Tuesday in as well is adding too much, and then Thursday, is physically impossible.

"So now I have to prevent the risk of getting injuries. The boys who played Thursday night and today will not play 90 minutes on Tuesday, that is for sure. It is the sports science guys, they do the jobs. We will sit down on Tuesday afternoon and see who is ready."

By fighting back from a goal down at Villa -- United have claimed a remarkable 31 points from losing positions this season -- they can take their foot off the pedal in the final two weeks of the campaign. Four more wins would at least enable this team to register United's highest points total in a season since Ferguson retired in 2013, but while Solsjkaer would enjoy that distinction, don't expect him to prioritise that over having a fully fit team for the Europa League final.