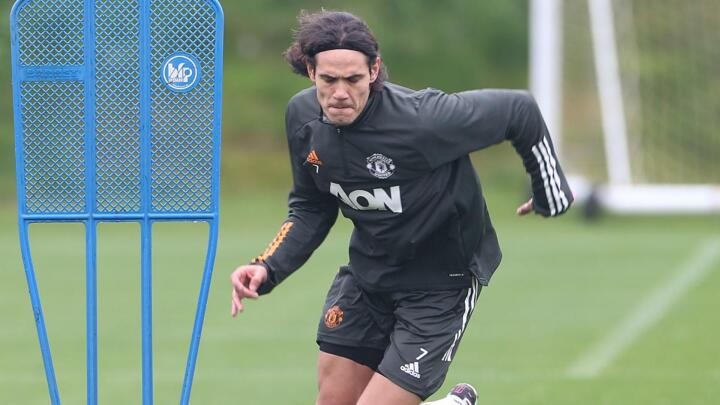 Manchester United are preparing to face Paris Saint-Germain in the Champions League, with Edinson Cavani able to train with the squad on Sunday.

Edinson Cavani trained with Manchester United for the first time on Sunday after the new signing completed his quarantine period.

Cavani joined United on transfer deadline day as a free agent having left Paris Saint-Germain at the end of the 2019-20 season.

However, amid the coronavirus pandemic, government guidelines in the United Kingdom require people to quarantine for 14 days upon their arrival from certain foreign territories.

The Uruguayan travelled from France, one of the countries on the list, meaning he has had to train in isolation.

Could make debut against former club

Cavani was therefore unable to feature in Saturday's Premier League win away at Newcastle United, meaning his debut could come against former club PSG in the Champions League.

As they prepare for Tuesday's game in the French capital, United released footage on social media on Sunday of the 33-year-old at work with his new team-mates.