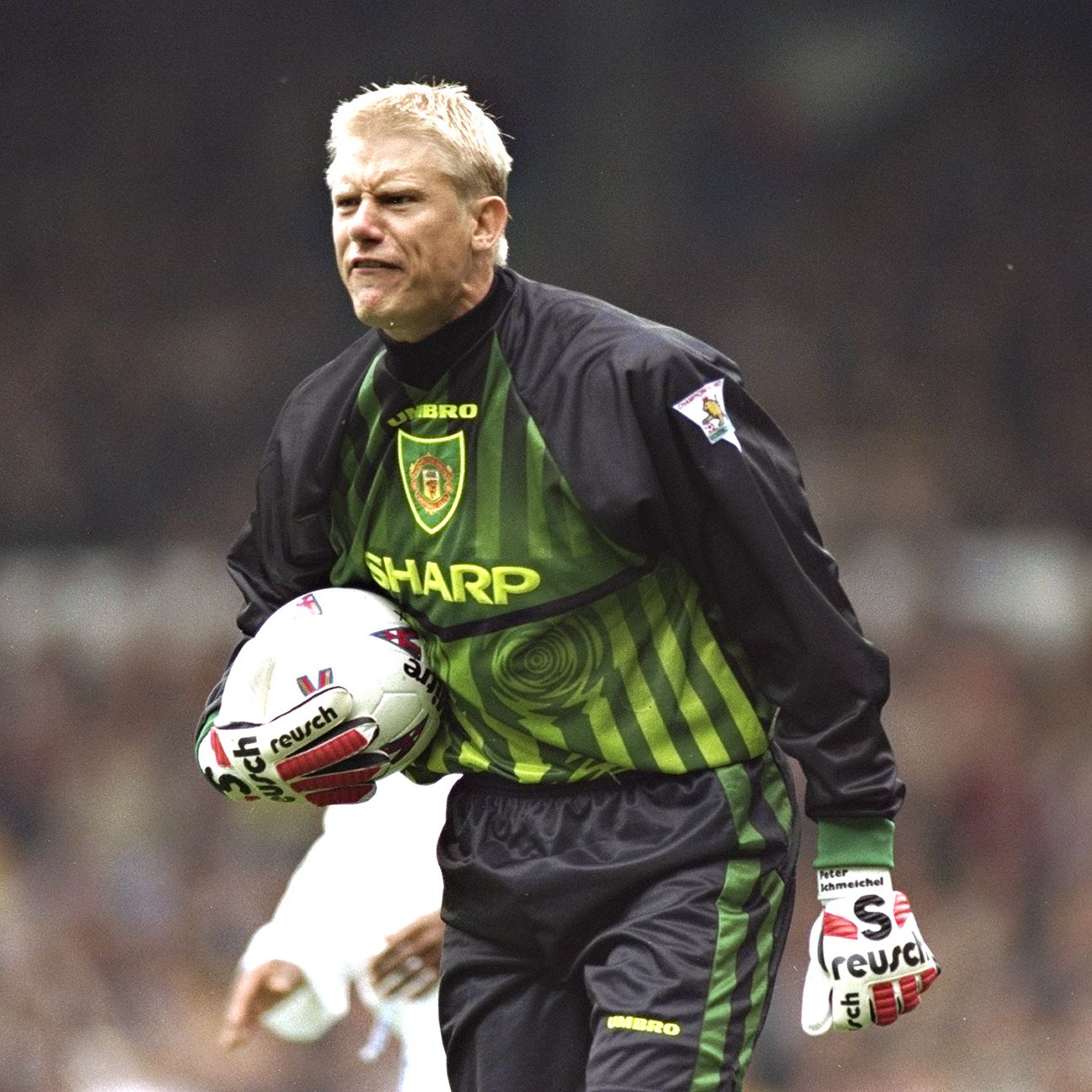 Petr Cech reached a landmark 200 Premier League clean sheets on Sunday -- but is he the best goalkeeper the league has ever seen?

Peter Schmeichel has won five league titles to Cech's four, so who is better?

With the utmost respect to David Seaman, Edwin van der Sar and David De Gea among others, Schmeichel and Cech are out on their own as the Premier League's best in goal.

Here, we argue who is better and you can vote too.

Arsene Wenger summed it up simply when asked if Cech ranks among the Premier League era's greatest goalkeepers.

"Yes of course. When you look at what he has achieved -- consistency is always the most difficult thing in life," Wenger said last Sunday.

And that's what really sets Cech apart -- the ability to consistently stay at the top of the game for so long. The 200 clean sheets is a record that will probably never be broken, while he also tops the list of most Golden Glove awards with five (though that award didn't exist in Schmeichel's days).

Cech did have the benefit of arriving in the Premier League much earlier and playing 122 more games than the Dane, but he actually has a better ratio of clean sheets per game than Schmeichel as well -- 46 percent compared to 41. And that's despite having to play the last three years behind Arsenal's notoriously shaky defence.

But it's not just the span of his career that gives Cech the edge. His glory days at Chelsea set a new standard for goalkeeping in the Premier League. In his first season in England, Cech kept a record 24 clean sheets as Chelsea conceded just 15 goals -- also a record -- en route to their first Premier League title. Schmeichel fans will argue that it was a lot easier to keep clean sheets for a defensive-minded Jose Mourinho side than Sir Alex Ferguson's attack-happy United teams.

But it was also a lot easier to win titles with Ferguson's juggernaut teams of the 1990s than it was with a club that had never been at the top of English football before Cech (and yes, OK, Roman Abramovich's millions) arrived. Cech was not only the bedrock of Mourinho's first Chelsea side, he was also part of the glue that kept the team together through the many managerial changes that followed.

He also had an incredible habit of being at his best when it mattered most -- as evidenced by Chelsea's 2012 Champions League title. After helping see off Barcelona in the semifinals, his penalty save from Arjen Robben in extra time in the final may go down as the defining moment of his career.

His form may have dipped a bit this season as age starts to tell and mistakes have started creeping into his game. But when he was at his best, Cech was every bit as good as Schmeichel. And he did it for a longer period. -- Mattias Karen

You only need to look at how difficult it was for Manchester United to replace Schmeichel to know how good he was. He left Old Trafford in 1999 but it wasn't until Ferguson signed Van der Sar six years later that he finally settled on a first-choice goalkeeper.

Schmeichel arrived at United at a time when goalkeeping was changing. He signed from Brondby in 1991 but the introduction of the back pass rule in 1992 meant it was no longer enough for goalkeepers to be able to use just their hands. The Dane, though, made sure he didn't just adapt, he thrived under the new pressure. He made sure he was allowed to take part in passing drills with United's outfield players to get used to having the ball at his feet. Not every goalkeeper in the Premier League found it so easy. He had all the necessary physical attributes.

Peter Schmeichel played a crucial role in Manchester United's success at home and in Europe.

His height and size made him an intimidating prospect for strikers, especially in one-on-one situations. The way he rushed out with arms and legs spread to make himself as big as possible became his trademark. Ferguson would say Schmeichel made saves "he had no right to make" which is all you can ask from your goalkeeper.

His performance against Newcastle at St James' in 1996 was one of the great goalkeeping displays in the Premier League era. Not only was it near faultless, in came in a big game that helped United win the title. Schmeichel won everything at Old Trafford. Five Premier League titles, three FA Cups, the League Cup, Super Cup and the Champions League. He helped United to two doubles in 1994 and 1996 and the treble in 1999. He would have won more had he not decided to leave for Sporting Lisbon in 1999. Certainly, Ferguson thought he had years left and did not want him to leave.

Schmeichel played in great United teams and behind great defences that made his job easier. But there are few goalkeepers who have had a bigger impact in English football -- particularly since the start of the Premier League. -- Rob Dawson